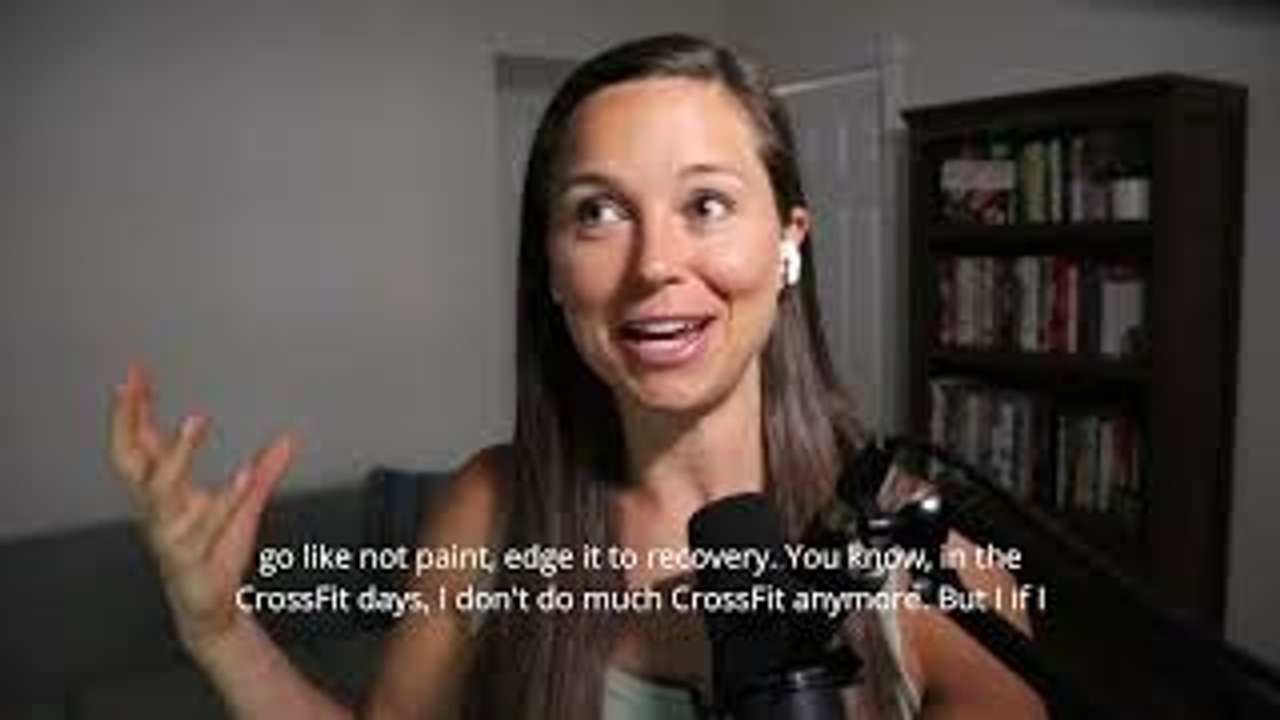 This scale can be super super, like deceiving for a lot of people. And I think it's one of those things where just comes back to, to being educated on like, what that number actually is telling you and how it can change for so many different reasons overnight, right? So they're especially for women, we have hormone fluctuations on a monthly basis, that in itself can affect the scale our stress levels, like you said, our recovery, you know, the types of foods that we ate the amount of sodium we consume the day before or not, you know, there's so many different factors that play into that scale number.

And just like you said, I, I encourage my clients, if we are using the scale, as a metric, we're using it with all a lot of other metrics. But we're also not looking at the end, we're not paying attention to the daily fluctuations, we might be, you know, weighing in every day to get that weekly and bi weekly average to see those trends over time. But that daily fluctuation, yeah, maybe it gives us a little insight of what's going on. But we're not if the goal, for example, is fat loss, we're not paying attention to that daily, because that's going to completely throw off, you know where you're at, right, and it doesn't give the whole picture. And like you said, you kind of talked about this. But one thing that I noticed personally, and I noticed that a lot of my clients too is the skill can actually go up, but the next day just due to a little bit more inflammation. So like, typically, it doesn't happen all the time.

But like I would say 80% of the time after I do like a hard lower body workout or hard leg workout, the next day, the scale jumps up, like a pound doesn't even matter where I'm at, in my you know, if I'm, you know, at maintenance or in a deficit or surplus, like it's going to jump up because I have stress my body stress my lower body, I have a little bit more inflammation, probably holding on to a little bit more water. So actually kind of the opposite of what what you said. But I think that just says that everybody is so different in the way that they hold on to water or not the way that they're, you know, it all depends on what they're consuming that day or how they slept, right? If they had absolutely crappy sleep, we know that that can cause cortisol to jump up a little bit, or to be irregular, which can cause you to hold onto some more water in that sense.

So with all that being said, like there's so many different reasons why the scale fluctuates. And so if you're not using other metrics on top of the scale to track things, then you're really just messing with your head and doing yourself a disservice in that in that regard. So that is also one thing that took me a long time to come to come to terms with I had, I guess I still do, but I had a very type A personality, right. And this is a lot of the women I work with, it's like, we think that we have to just go Go, go, go go like not paint, edge it to recovery.

You know, in the CrossFit days, I don't do much CrossFit anymore. But I if I wasn't dead on the floor and a sweat Angel after every workout, then I felt like I wasn't working hard enough. And now I know that that is probably not the best, the best thing to be focusing on especially if your goal is to change your body composition and, you know, have optimal performance and recover properly because they all play into that. Right. So I think it's realizing that like recovery and stress management and sleep are such a big piece of the puzzle that a lot of people don't tend to pay attention to because they're just not like the sexy things that you know, they think make a difference but they actually probably make the biggest difference when it comes to you know a lot of the goals that you're trying to achieve.