How do you Measure Metabolic Flexibility? 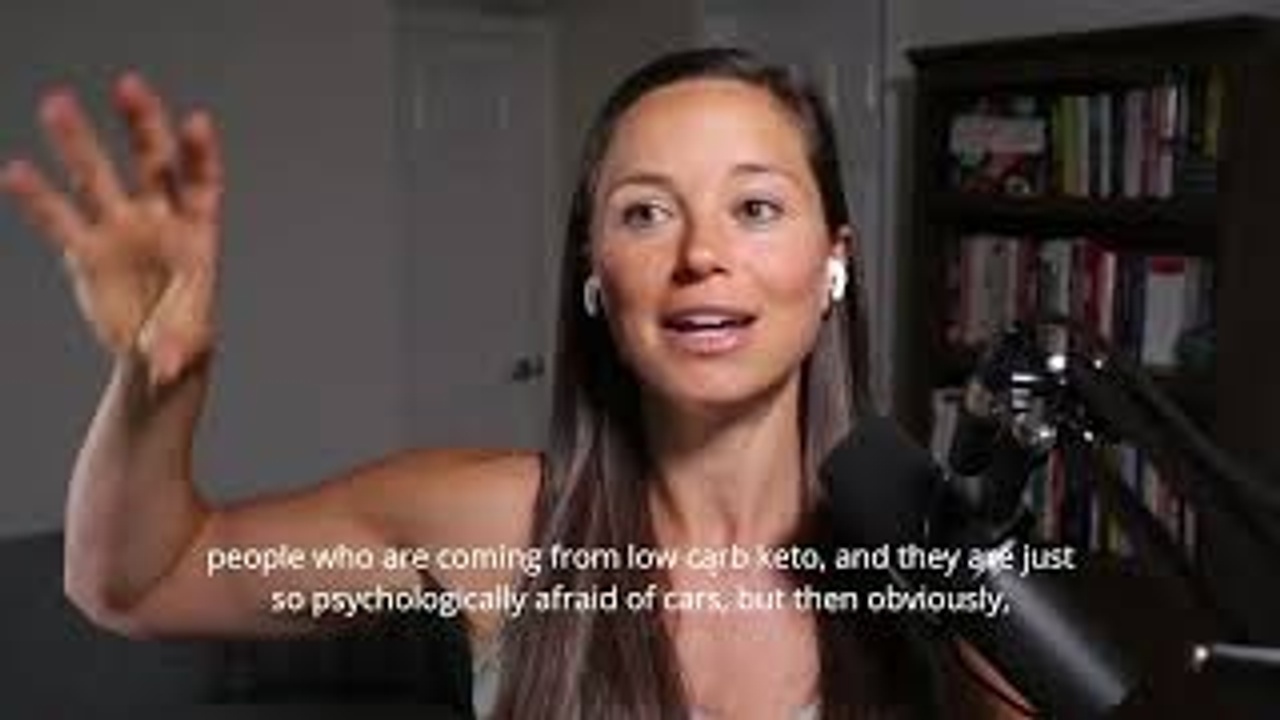 A few of like, the objective match objective metrics like it talks about would be if you really want to geek out on this stuff, and you're someone who loves, you know, the, like the nursing side of things, the data side of things, you know, testing your blood sugar levels, you know, in the morning, and like how you react to meals, so you're postprandial blood sugar, you know, if that's pretty stable, if you are very insulin resistant, that's going to be, you know, kind of spiked and then crashed afterwards, you're not gonna be able to recover from clinical Emile, very well, that has carbs in it in the sense of like, we want our blood sugar, blood sugar is going to rise when you consume carbs, that's normal, but you don't want it to, you know, go super high and stay there for a while. You also don't want it to come down and crash, right? So what are your blood sugar levels, like, when you're starting out in the morning?

What are they like after your meals from both sides of the spectrum, even like the the people who have been keto for a long time, they'll have a lot of blood sugar dysregulation, because again, their body's not efficiently able to use carbs, because they've been gone too long without it. And then you have the other side of the spectrum where people might be more insulin resistant, they can't, they still can't use carbs, they also can't use fat for fuel. So that's an issue on its own. But that's an objective way is just like testing blood sugar levels seen if you do high blood sugar destroy dysregulation. You can also test other markers like Fassi, insulin, things like that, to see where that's at.

Also testing your ketones if you want, that's another objective metric to see if you can get into a state of ketosis relatively quickly. So for me, I used to do that a little bit when I was nerding out on this, it's like, I would eat, you know, a bunch of carbs, like the night before, and then I would basically see how long it took me to get back into a state of ketosis, you know, the next day or day later. And I would kind of test how fast that happened. Just for fun, but those are more the objective nerd out nerding outside of things for the subject depart and the things that I focus on, like with my clients is really just focusing on kind of overall lifestyle, like, can you wake up in the morning? A

nd like, do you wake up every single morning hungry, right, that's one thing that is going to obviously play into the blood sugar dysregulation. But do you wake up in the morning hungry every single morning, it's normal for some mornings to to be hungry, like for me, sometimes I wake up, and I'm ravenous. Probably because I train a little bit harder the day before or whatever it may be. But if that's an everyday thing, like if you can't wake up and just go like a little bit like an hour without eating food, that's probably there's probably something going on there. So that would be one sign that you're a little bit metabolically inflexible. If you can't, you know, go without eating for a few hours. And you're always just looking for food and thinking about food. That's probably a little bit of an issue that obviously there's some cycle psychology, Psych, psychological issues there. But if you just feel like you can't go a little bit of a long period of time without eating. So if you can't fast, then that's probably a sign that, you know, you might be a little bit metabolically inflexible.

There's other things as well, like, you know, how your energy levels are out throughout the day, if you're always feeling like you're, you know, not you can't focus. So kind of bringing it back to okay, how do I become more metabolically flexible, that will go back to where you're coming from, and what side of the spectrum you're kind of on, and how, and really, in the sense of just bringing it back to balance is what I like to say. So really, the end goal of metabolic flexibility is more of a balanced approach. But it all comes back to that person's original goal and where they're coming from. And if you know how active they are, versus how sedentary they are, how much body fat they have to lose versus how lean they are, then also, there's an exercise component to that as well. Like how, how efficient are they at using the different energy systems?

Like how can they, you know, train and how efficient are they at at, you know, using our anaerobic verse aerobic, all of that kind of plays into it, as well. But it is more so moving towards that balanced approach. And that's really, the goal of metabolic flexibility is being able is being able to use more of a balanced approach, but also benefiting from, you know, like I said, being able to, you know, fast for a little bit long periods of time being able to utilize ketones for fuel, if if you find that that's beneficial for your mental clarity, your mental focus, things like that, but then also being able to use carbs, right. So I think that, you know, my whole thing with metabolic flexibility, it's really, there's no like, set, like, Hey, you're metabolically flexible. If you can do this, it doesn't really work like that. It's really something that you're kind of it's like the end goal, but you're never going to actually reach that end goal, right. And so it's kind of being able to structure your nutrition so that it works with what you're doing at the time.

So you mentioned stress is a huge thing. I think that there's something behind putting yourself into a stressful state for a period of time and we know that ketosis can actually be a stress on your body if you if you haven't been in before, and that can be a good stress. And then it can be bad stress if you do too long, same with fasting. So it's kind of finding that balance between these things and utilizing them in a way that works for you. But I think the benefits of metabolic flexibility is just like having more of that balanced approach. And like I said, I work with a lot of people who are coming from low carb keto, and they are just so psychologically afraid of cars, but then obviously, physiologically, they their body is so on that spectrum as well that they have, they've adapted away from it. So it's coming back to that side of it and bringing it a little bit more in the, in the middle. And then same with someone who's been carb dependent for their whole life. And they maybe they have had issues with, you know, being super food focused, appetites all over the place blood sugars all over the place, and they need to bring in a little bit of a lower carb approach. So with that being said, it just all comes down to that individual approach and find out where they're at. And then like you said, the stress is such a big component to it. And then their training as well is going to play a role and going into like different we talked about this on my path, podcast periodization of training and using different fuel sources to benefit those different times as well. And just kind of being more aware of it and using it in that sense. So