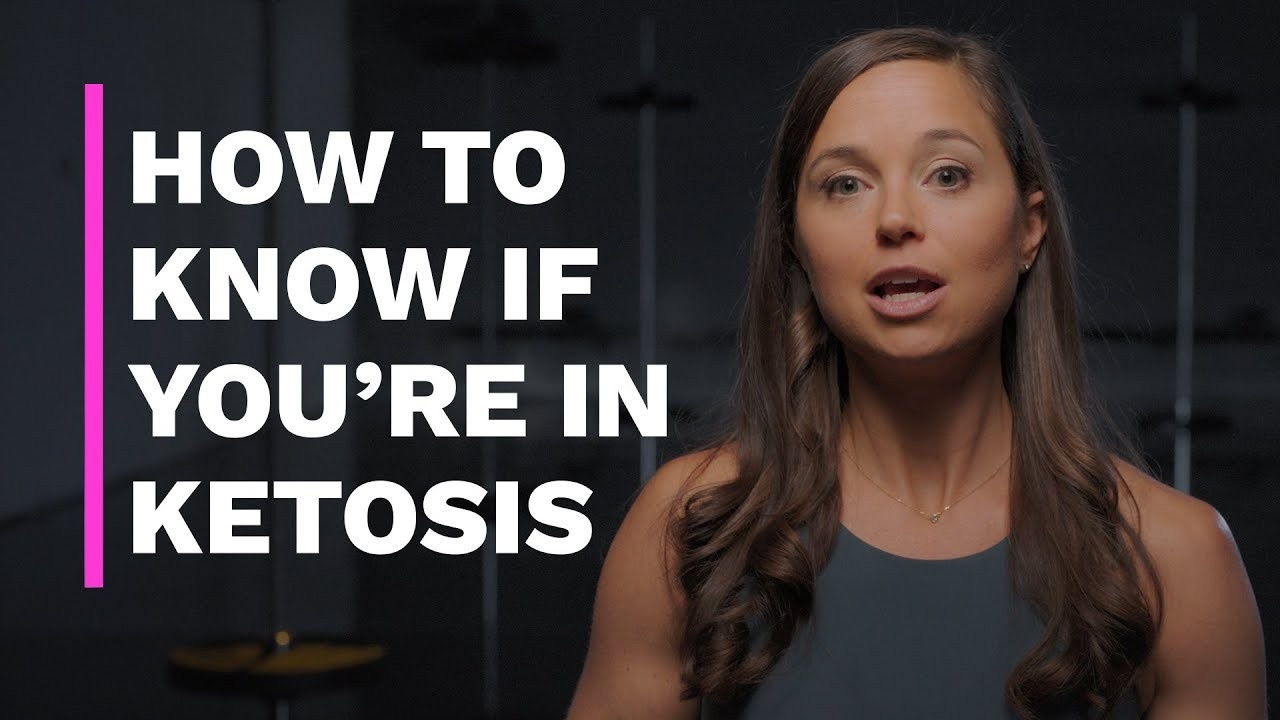 How do I know if I'm in ketosis? Good question. There are a few different ways to determine if you're in ketosis.

Signs to Know If You're In Ketosis

Objective Metrics to See If You're In Ketosis

So in terms of objective metrics to see if you are in a state of ketosis, or if you're producing ketones, you can measure that in your breasts or urine in your blood, because those are the places that you produce ketones. So in terms of measuring urine ketones, that might be the first thing that you try, because it's going to generally be the cheapest.

You would basically just pee on a ketone strip, and it would turn a certain color to tell you if you were producing ketones. I like to use that as a way of seeing if you actually are producing ketones for someone who may be new to the ketogenic diet or just trying it out for the first time.

The issue with using that over the long term is that it's going to become less accurate because as your body starts to produce ketones, it's actually going to start to flush them out and not utilize them for energy because your body is not used to using them as energy.

How to Know If You're In Ketosis Via Your Breath

In terms of measuring ketones in your breath, there are devices that you can blow into that will give you a measurement of how many ketones you're producing. If you're producing ketones in your breath, those tend to be a little bit wonky in terms of how accurate they are. But just like the urine, you can use them to see if you are starting to produce ketones.

How to Measure Ketone Presence Via the Blood

The third way of measuring ketones is probably referred to as like the gold standard among people is going to be measuring ketones in your blood. That would be using a blood ketone blood monitor and checking your blood levels of ketones. And in terms of the number that you're looking for, in general, anything above 0.5 millimoles, pull anything above 0.5 millimoles per liter. Technically, that is you in a state of ketosis.

If you're measuring your blood ketones, you may notice that the level goes down a little bit if you become more efficient at actually using those ketones for fuel.

So, there you have it—3 different objective ways to know if you're in ketosis. (1) Measuring in your urine, (2) your breath, and (3) your blood—but I personally and typically like to just base it off more. Let's take a look at some subjective metrics, too.

Subjective Metrics to Know If You're In Ketosis

Another telltale sign that you are in a state of ketosis is just by basing it off how you feel throughout the day. And one of the biggest things is mental clarity and focus. I like to call it keto euphoria, where you just you are so focused on what you're doing, you have a lot of mental clarity, less brain fog, and you're able to focus on the task at hand.

And so that is one of the telltale signs that you are in a state of ketosis, just having more focus, more clarity, and more steady energy throughout the day.

Another sign of, being in a state of ketosis is if you are thinking about appetite throughout the day. A lot of people tend to notice that their appetite is a little bit more suppressed. They're less food-focused—they're able to go longer without eating, so they're able to fast for a little bit longer. That's a benefit of ketosis.

And we know that the research shows that ketones can actually be an appetite suppressant in that regard. So that's another way to see or tell if you're in ketosis.

These are the main telltale signs to tell if you're in safe ketosis without actually measuring your blood, urine, or breath. Like I said before—I really like to go off of those metrics because that's what actually matters, right? How are you feeling not necessarily what a specific device is telling you.

If you're going to do this for the long term, or if you're trying to get long-term benefits, it's all gonna depend on how you are personally feeling doing this. That's what matters.

Hopefully, you feel confident knowing if you're in ketosis now. If you want to learn more about nutrition, fitness, or metabolic flexibility, check out some of our other resources on the blog—including our women's fitness program.