How your Lifestyle Affects your Nutrition 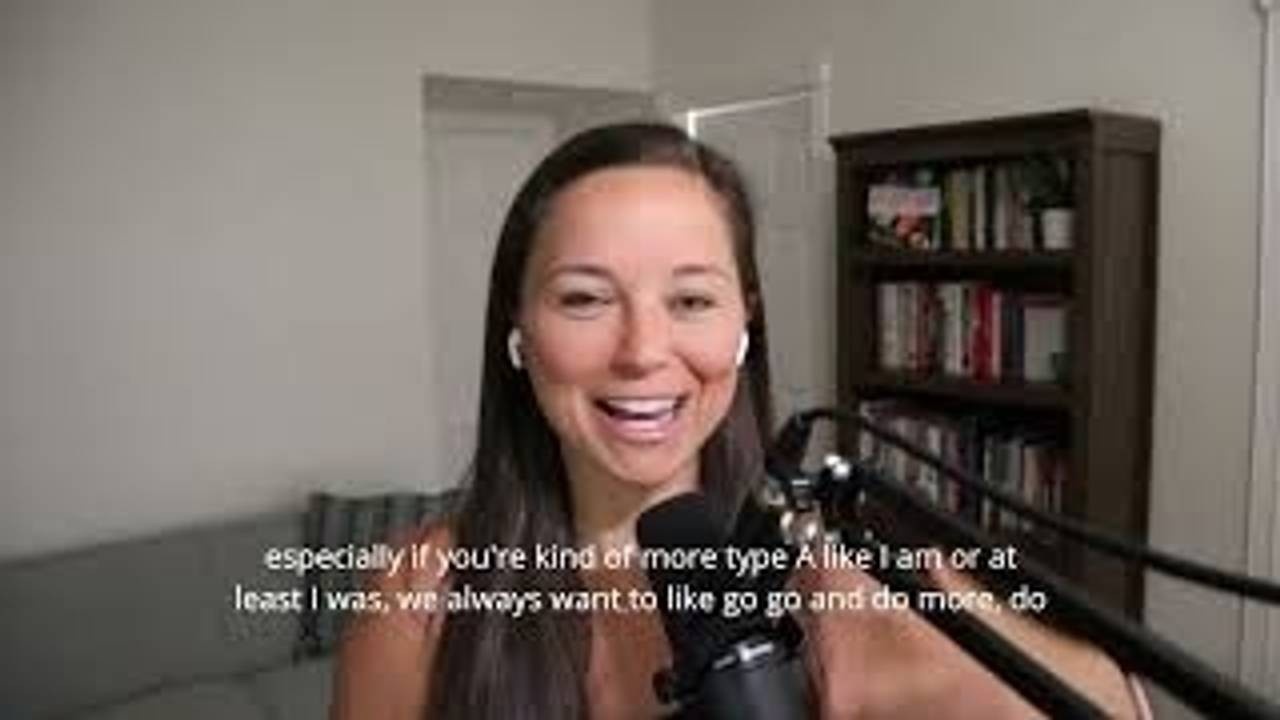 A lot of the women that I personally work with are already coming from that keto approach, right, they've already gone hardcore keto. And so they're actually trying to come back to the metabolic flexibility side on the other side of it. Whereas most, most people, I guess, not most people, but a lot of people and kind of the standard American diet is very high carb, right. So we have, you know, people who might be a little bit more, you know, overweight or insulin resistance, they're probably more on the end, where they're metabolically inflexible in the sense of, they're having a hard time using fat for fuel. And they've maybe never really tapped into ketones for fuel ever. Right. So that's kind of one side of the spectrum. versus the other side of the spectrum, which we're seeing a lot more now with keto being very popular is those, those people who are coming from from that side, and they've actually trained their body to not really know how to utilize carbs effectively anymore, because they've kind of downregulated the enzymes that are unnecessary to digest those carbs, and absorb them and use them efficiently and things like that. And then also kind of the emotional side of things like we talked about the carb phobic side of things there.

So it really depends like what side of the spectrum they're coming from, but it all and that's really where where, you know, you're going to decide, okay, what do we need to take more of a, where we're incorporating carbs back in, or we're taking them out. And so with that, it's all about kind of titrating them in based off of where they're coming from. And I for most of the women that I work with, they aren't like I said, they are coming from that keto space. So we're looking to bring carbs back in in a way that makes sense for them in terms of what their activity levels are. So you know, starting with titrating, carbs in around their workout. So pre and post workout, you know, pre workout for that, you know, Energy Boost Post workout to help with that recovery, helped bring cortisol down, things like that, maybe before bed to help facilitate serotonin production and the kind of that calming effect that we know that carbs can have.

So those are just some of the ways in which we do that. And it's really kind of, you know, working with the individual and figuring out like, where they're coming from, and like what they need from both a physiological standpoint, but also a mental standpoint, as well. And I think it also kind of tends to depend on where they're coming from, what side of the spectrum they're coming from, and also realize that like, I don't think there is any way to actually, you know, say, Hey, I'm as metabolically flexible as I can be, you know, there, I feel like that in my eyes is kind of like the end goal, but we're never going to actually reach it, because there's so many different things that we can, can do to and it depends on where you're at in your life. And like I said, what your goals are and things like that. But yeah, I agree, I think it's really just, you know, coming back to finding what works for you, but also finding that balance. And that's really the biggest thing, it's one of those things where like the education side of things, and like working with the individual for with what they're struggling with is super important.

And really, I think that one of the biggest things, aside from nutrition is just looking at everything else that's going on, too. And that's what I like to take kind of like this full approach with all of my clients is like looking at their overall lifestyle, like what is like their stress management, like what's their sleep, like? What are these other things, because these all play into, like the recovery side of things, and having them just feel good throughout the day, right. So that obviously nutrition is a huge piece of it. But the recovery side of things is something that I think, especially with a lot of women, especially if you're kind of more type A like I am or at least I was, we always want to like go go and do more, do more and think that doing more is better, right and not letting yourself recover. And that's a huge piece of the puzzle that I think a lot of people are missing. And, you know, I missed that for myself for a while.

And that's one of the biggest things. I think within college athletics, too, is like that recovery side of things. But then coming back to the fuelling side, like I said, I think it's a really just really big on education and like explain that to them, like okay, this is why you need to be consuming this amount of protein because this is what happens, you know, if you don't consume that this amount of protein and this is how it's gonna affect your performance, or just calories in general, right? Like, this is why you need this fuel, not only to perform but to like I said, recover and be able to, you know, push yourself more. And I think I struggled a lot as I was an athletic trainer in in grad school, I struggled explain this to my athletes, and I think that there is especially in college athletics, I feel like there is just a lot of or not, not enough education when it comes to nutrition. I think we're getting better at it. But I think there's just still a lot of stuff that people are kind of stuck in the old textbooks and in the old ways of things that it's just it's a little bit it's a it's a big struggle.