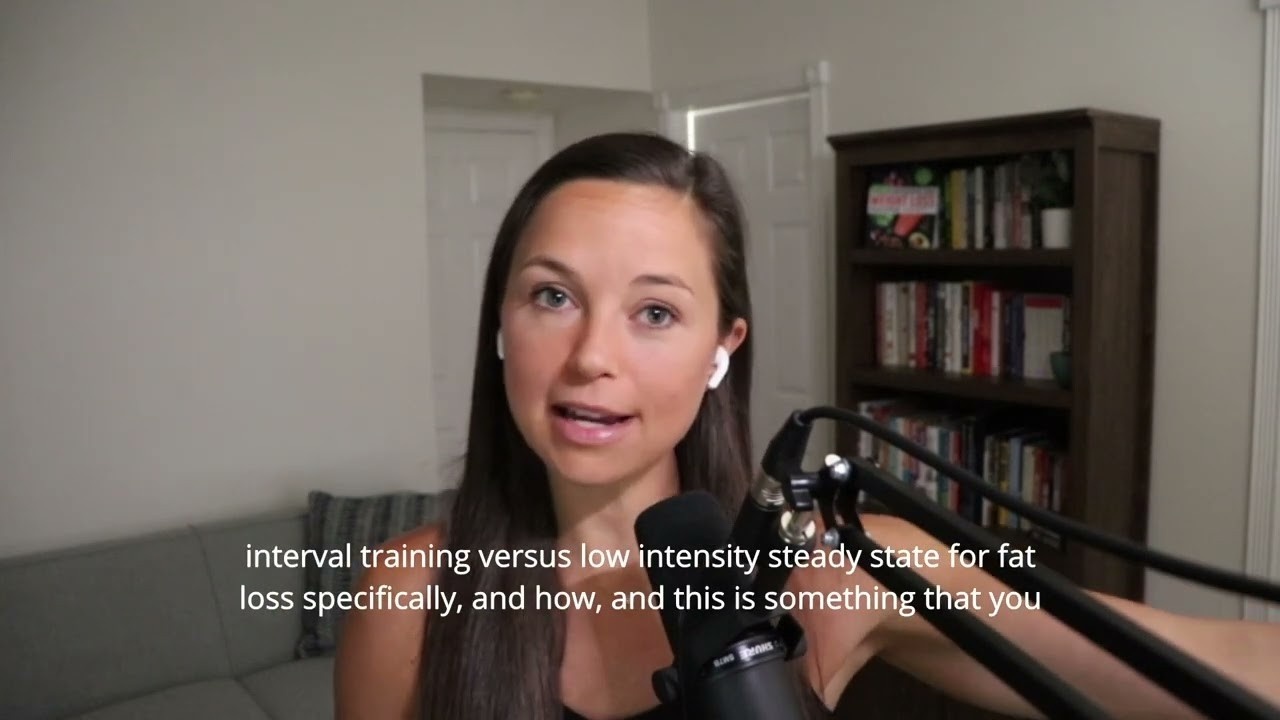 I think that's the biggest thing is like, especially with women that I see is just like the the overtrained side of things. And like I went through that myself, I actually had to stop CrossFit myself because I went so far that I got injured and I was forced to stop, right. So that is, is one of the biggest things that I see, it's more so just the under recovering, and that the feeling that we need to, you know, do more and do more. And that's where, you know, if a little bit is good, then more is better. And it's kind of just like switching that mindset when it comes to both nutrition, but also training and also everything else, like within your lifestyle. And that's something that, you know, I had to took me years to figure out, and that's what I'm trying to, to help a lot of the females I work with, like you can, you will get better results, if you take a step back and realize that, you know, for example, if we're talking about building muscle, right, a lot of people think, oh, I need to go to the gym, six days a week train, you know, whatever it may be, because that's where I'm going to build the muscle.

But really, you're when you're in the gym, when you're working out, you're breaking down your muscles, right, you're not building muscle, then you're building muscle when you're sleeping when you're recovering. And so if you don't give your body the ability to recover and repair, you're literally just doing tons of work and getting no reward for it. Versus if you were to train three or four times a week versus six times a week, you would see a massive difference, because you're literally giving your body that time to recover. So that is one of the biggest things that I think a lot of women get fall kind of fall down in that sense. And especially when it comes to high intensity training, we're talking about high intensity interval training versus low intensity steady state for fat loss specifically, and how, and this is something that you know, I, you know, learned in grad school actually about, you know, epoch right after you're doing a high intensity training, you're going to, quote unquote, burn more calories afterwards.

So that's why he is so amazing. And, you know, people kind of went to the extremes are like hit is great, let me just do more and more hit and who cares about low intensity, steady state, things like that. And we know just from what I said about before about that metabolic flexibility side of things, working in the different energy systems is very, very important for overall health in general and, and also performance as well, because we're, you know, going back between those as we are in our workouts and things like that, but he basically said that, you know, the amount of calories that we would burn in that extra kind of epoch range is just very, very miniscule, compared to the low intensity steady state training. And in my personal experience, especially over the last few years with myself and clients, I've gone way away from high intensity or hit training. And only using it, you know, maybe once a week to be able to work in that energy system work in that anaerobic system and push that a little bit.

But when we're talking about fat loss, I found that doing just focusing on overall movement steps, maybe doing some like getting on the treadmill and doing an incline walk, keeping your heart rate, you know, around a certain range where you're in that lower intensity, maybe like 120 to 140 stay in there for a little bit a little bit while a little bit of a while can really help with facilitating that recovery and getting you more into that parasympathetic state, right? Versus that sympathetic, you know, go go go. I think a lot of people have an issue and have trouble getting into that rest and recovery mode. And so we know that list can actually facilitate that and kind of, you know, kill two birds with one stone with one stone so to speak in that sense versus, you know, running yourself into the ground with hit training and getting very, very little return and if not, maybe just putting pushing things more to the other side where you don't want it so