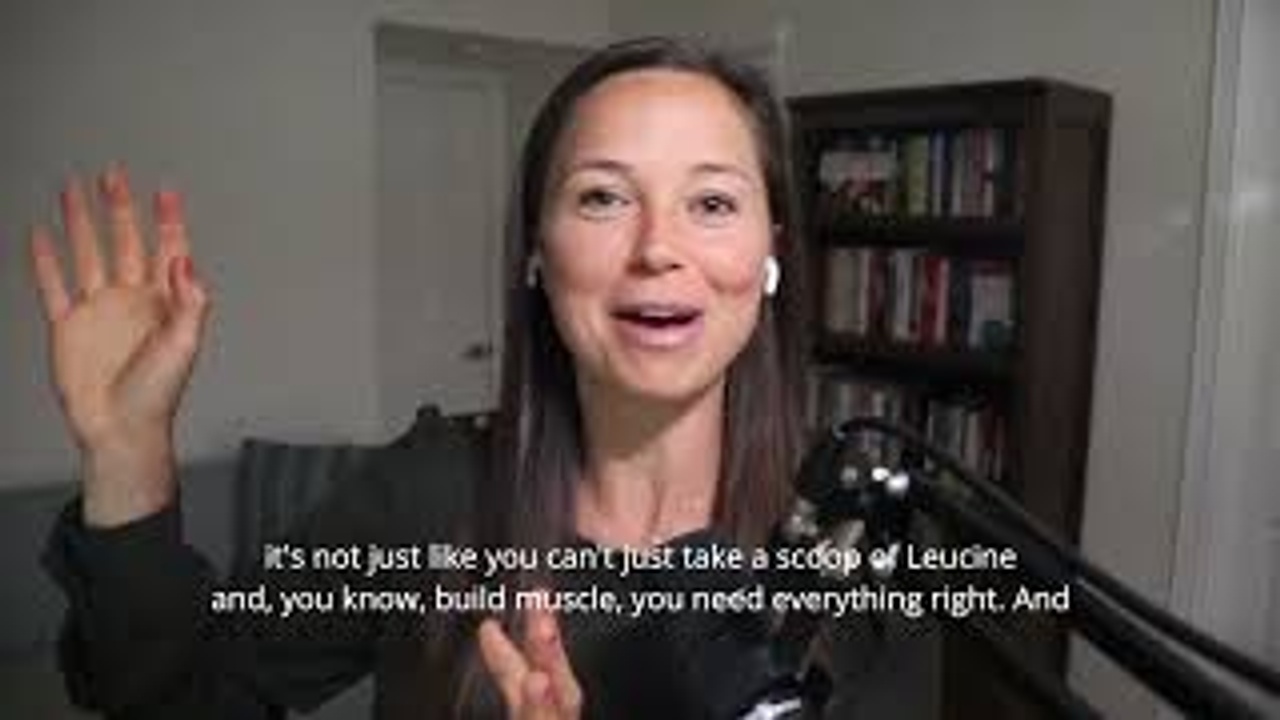 So in a building phase, if your primary goal, again is to build muscle, we definitely want to make sure that you are in that anabolic state, right. So anabolic just meaning that that building state catabolic catabolism is breaking down, right. And so fasting in itself is a catabolic state. And so with fasting, we just want to especially if the goal is to build as much muscle as possible, you want to be careful there to make sure that we are, you know, not putting yourself in a catabolic state more than you are an anabolic state. Again, this is, it's different for different people, and all does come back to what works for you.

But with protein feedings between three to five, generally to maximize that muscle protein synthesis throughout the day and get enough of those spikes. Because with muscle protein synthesis, we know like you said, you recommend at least 25 grams, that's absolutely what I would recommend like probably around 30, plus protein feedings like 30 grams of protein per whatever meals you have. So if it's like three full meals, and then a high protein snack, that's going to be advantageous, because you will be you need enough amino acids in general, but you also need enough leucine, which is one of the central amino acids to spike that muscle protein synthesis. And so if you don't have enough protein, and when feeding, you're, you're not going to be able to get past that leucine threshold, really. So you're kind of doing yourself a disservice in that sense.

So what like you said around three to five protein feedings a day, you know, around 25 plus grams of protein depending on where you're at with your other calories and macros. And then also just making sure that they're coming from a quality source, we know that what to have, you know, a complete protein source, there needs to be, you know, an either an animal source or combination of certain plant sources to make sure we get that full amino acid profile, because that's going to be very important to make sure you kind of turn on that light switch for muscle protein synthesis, or everybody's heard of like BCAAs, or branched chain amino acids, right. Or if you haven't totally fine, there's three branched chain amino acids, leucine, isoleucine, and veiling. And these are important for stimulating that muscle protein synthesis response.

But a lot of people kind of get confused because they think, Oh, I can just make sure I get these BCAAs or drink like external BCAAs. And I'll be spiking that muscle protein synthesis. That only happens to some degree, yes, you could be spiking muscle protein synthesis. But if you don't have all of the other amino acids available, then it's kind of like putting a key in the engine but not having any gas, right. So if you have that key, which is really you can look at Think about the key as leucine kind of turning on that switch. But if you don't have gas in the car, you're not going to go anywhere, right. So you need those other amino acids available to continue the process of building right getting you into that anabolic state. And so Leucine is just one of those amino acids. But it's not it's important, but it's not just like you can't just take a scoop of Leucine and, you know, build muscle, you need everything right. And you need it in a complete sense.

So that's where the complete protein comes in. We know that animal proteins are have the full spectrum of the amino acid profile that we want, versus plants have some of them but not all of them. You can combine certain foods from plant sources. So like, you know, beans and rice, for example, if you you know, want to get a complete source there. The issue with that, though, is that plant proteins are not as bioavailable to our bodies as animal proteins. I'm a very big advocate of animal proteins, just because they Yeah, because they are your body is you know, you're very bioavailable, so you can absorb them, you can use, you know, all of the amino acids from them to build muscle, which is the goal and repair and all that which we know is super important. It's not just like the muscle building side of things, but also the recovery and repair side of things that protein is important for.

Because if you're, if you're you know, constantly stimulating your muscles in the gym, right and putting that stress on your muscles, I always say when you go to the gym and you lift weights, you're not building muscle during that time, you're actually breaking your muscles down. The only time that you're building muscle is after that when you're recovering. So if you don't have adequate recovery resources available right from your protein from your calories from your sleep from your, you know, reducing stress, all of that then you're not going to build muscle. Yeah, you maybe maybe build a little bit but it's not going to be optimal.