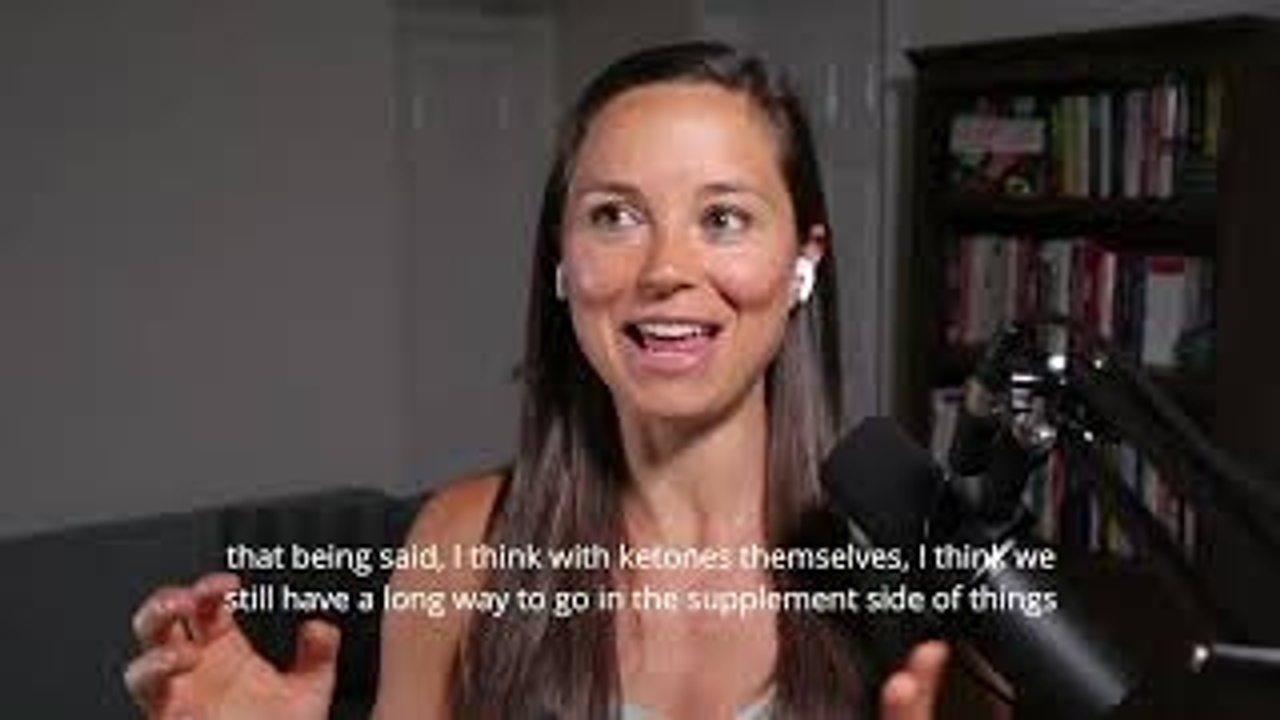 There's different ways you can test your ketones. Urine is the most common because it's going to be the cheapest form. That I think testing urine ketones is a good way to see if you are starting to produce ketones in the sense of, you know, some people want that reassurance for what they're and that's one of the things that I thought was really cool.

When I first embarked on the research was like, oh, man, like, I can literally see if I'm following this correctly, because it's telling me and we used we did urine ketone testing at that time. But we used a machine to tell us like where they were at in terms of the amount of ketones they were producing. If we could have tested that was one thing I would do differently to if we could have tested blood, that would have been awesome, but we didn't have the funding for that. And also, the monitors like this was back when that wasn't really a thing. So you can test it through your urine, your blood, your breath. With urine ketones, though, the thing to realize is that when you first go into a ketogenic state, like your body is going to start to produce ketones, and you're gonna start to actually pee them out. And so you're actually wasting the ketones and that's what's showing up in your urine versus your body being able to use them for energy. So you become more efficient.

And this is, you know, typically you become more efficient at actually utilizing those ketones for fuel, the more your body adapts to that just like anything else, until you actually start to produce less in your urine, the longer you're kind of on or in ketosis. So I think that they're a good tool in the beginning, if you're someone who's looking to get some reassurance that you're going to go doing it, like properly, I guess which, that's a whole other thing as well. But I think they can be beneficial. For someone who wants to that I typically have gone away from like, actually paying attention to even being in ketosis or not in the sense of testing it in the blood, breath or urine, just because I like to look at all the other aspects that are going on in terms of like just subjective how they're feeling, versus the objective of the measurement.

So that's something that in my coaching practice, I typically don't push testing ketones or anything like that, because it's also variable too. But if you just think about it, practically like, okay, if I'm, you know, starting to my body hasn't adapted to using this fuel source yet. So I'm going to be kind of peeking out some, as they say, until it starts to adapt to that. And it's like, oh, okay, now I recognize this fuel, so I'm going to start to use it right. So it kind of just makes sense from a practical standpoint, but in terms of ketone supplements, so yeah, that's a huge rabbit hole to go down. That's another thing that I don't personally like, implement in my coaching practice, like, I don't have like any of my clients taking ketone supplements.

I think that there is a lot of misinformation on that as well. I think there's the supplement industry in general, there's a lot of kind of taken advantage of people in that sense of, oh, here's a ketone drink, you know, drink this, you'll be into ketosis, go eat like a burger and fries, and whatever it all be okay. I think that's bullshit. But, but I do think that if you're educated on like, what ketones are, and that they can be useful. One is realizing that probably if you go on your average GNC, or you go on Amazon, your like ketone supplement, you're probably going to get something that is like something that has like a very minimal amount of ketones, and it's going to be a ketone salt, and it's not going to do anything. So that's one thing like, where are you getting it from? And this is with any supplement, right? Like, you have to do your own research and find, you know, a company you trust and how much they're actually how many ketones are actually in that product.

Most products are going to be ketone salts, whereas ketone esters are another form of ketone supplements, which are a bit stronger, but they taste really, really bad. So it's going like with the research, a lot of the research is in ketone esters, which we see benefits from, but that isn't something that is, is very accessible to like your lay person, because they literally tastes like you're drinking like fuel, like gas fuel. So yeah, so that's like kind of a whole other rabbit hole. But there is some research looking at implementing ketone esters and like endurance athletes and seeing benefits for that fuel source, because it's a high enough amount to consume.

Then also in the medical research, I know there's been some research on Parkinson's disease utilizing ketone esters in that form. But again, that's not going to be like your average ketone supplement that you find on Amazon, because those are going to be the salts. So with that being said, I think with ketones themselves, I think we still have a long way to go in the supplement side of things for that to be beneficial to your average person. I think, you know, there's so many other things that you should be focusing on versus taking that that I don't really recommend it in my coaching practice.