The Importance of Individualizing a Diet Plan 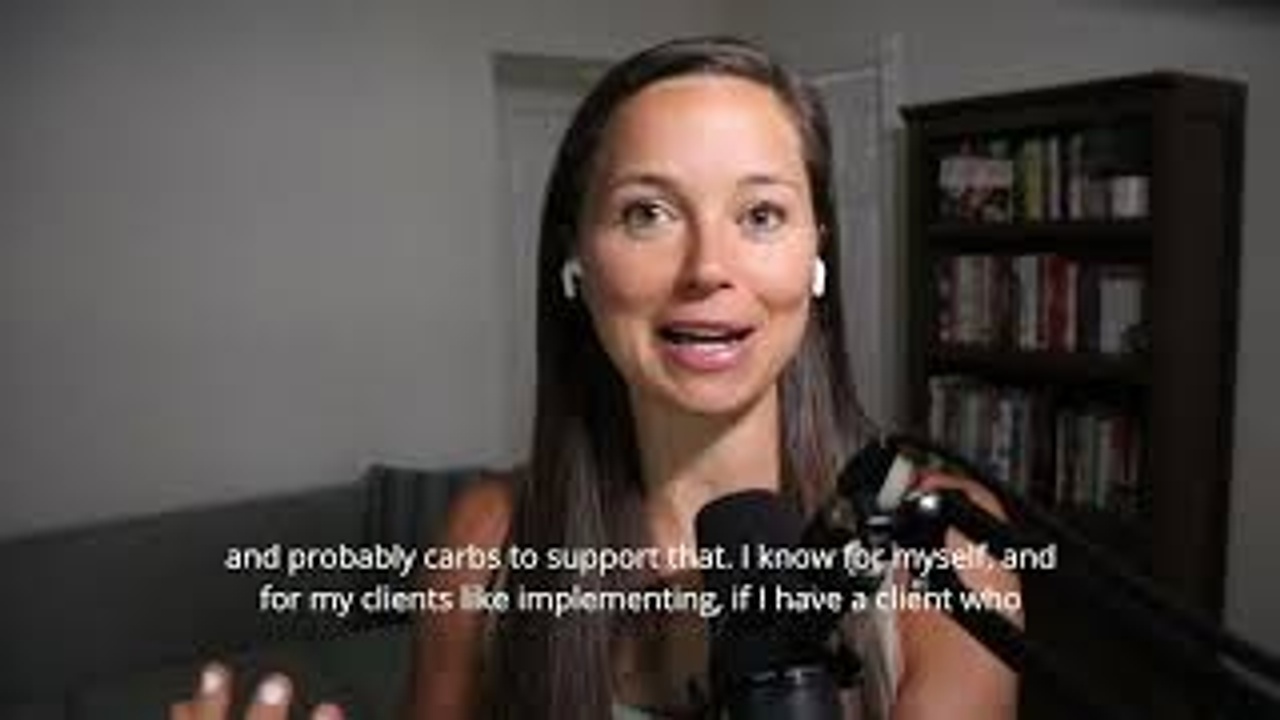 I think this also comes back to like that spectrum side of things, right? If you are, and this is kind of how I explained, if you are on the leaner side, right, you don't have that much body fat, especially if you're a woman, you don't have that much body fat, you're on the leaner side, you're exerting yourself in your workout, especially if it is CrossFit style, right, you're pushing yourself.

That side of things, I would say, we probably need some carbs, right, and probably carbs to support that. I know for myself, and for my clients like implementing, if I have a client who comes to me, and they are already lean, they don't have that much body fat, they're stressing themselves out in their workouts or in other areas of their life. Carbs can help carbs can help with recovery, they can help with getting you out of that sympathetic kind of mode or state and more into that parasympathetic, rest and recovery mode. So that they can obviously help fuel your workouts, right.

So that's kind of one side of things, then if we have someone who is overweight, on the other side of the spectrum, or you know more of on overweight or obese if they have, I don't know, 30 plus pounds to lose, that's just a random example. So when we're talking about fat loss, specifically, we just need to really just start by by thinking about the hierarchy of fat loss, like what determines fat loss, right, like what determines losing body fat, and we've kind of already talked about being in a deficit. And the next thing is kind of just thinking about, like, what the individual can adhere to, and also where they're coming from in terms of their personal history, their metabolic health, all of that.

So if it is someone who is maybe, you know, 30 plus pounds overweight, they've been struggling with maybe some insulin resistance, they've been struggling with. Some of these things that we know a lot of people do struggle with in terms of being able to adhere to a specific dietary protocol. And maybe they've never tried a Keto approach or a low carb approach before, then that would definitely be a good option to try. Because we know that like we talked about with keto it can help to regulate appetite a little bit better. I know, when I first embarked on a ketogenic diet, I wasn't, you know, 30 pounds overweight, but I was, you know, I was struggling with a lot of food focus, I was struggling with kind of going on that blood sugar roller coaster, throughout the day, energy levels, were kind of all over the place. So there's different things that kind of fall into that.

But I would say if it is someone who is, you know, has never tried a ketogenic diet before, and they just don't really, I've never been in a state of ketosis. I think that everybody should kind of try it in their in their lives just to see because we don't know You don't know until you try, right? You don't know how it's gonna benefit you or not. I think that it again, it just comes down to, you know, where you're coming from, right, and where, what you've tried what you haven't, what your overall stress load is, what your main goal is, like, what's your primary goal? And what, what do you like, what personally can you adhere to? And even if you think that you can never adhere to a low carb diet, like if you've ever tried it, then you don't know, right? You don't know how you're gonna feel.

And then as you grow up, especially if you're following the standard American diet, like we kind of go way away from that, right, we go way away from using fat and ketones for fuel and taking more of a higher carb approach. And so, you know, just going on a Keto or low carb diet to kind of retrain your body what it's like to use ketones for fuel, and all the a lot of the benefits that come along with that when it comes to you know, focus, brain health, mental clarity, you know, ease of being able to fast if that's something that you feel like would benefit you, right? It doesn't benefit everybody. But there's so many different aspects of that. So