The Stressors of High-Intensity Training and a Low-Carb Diet 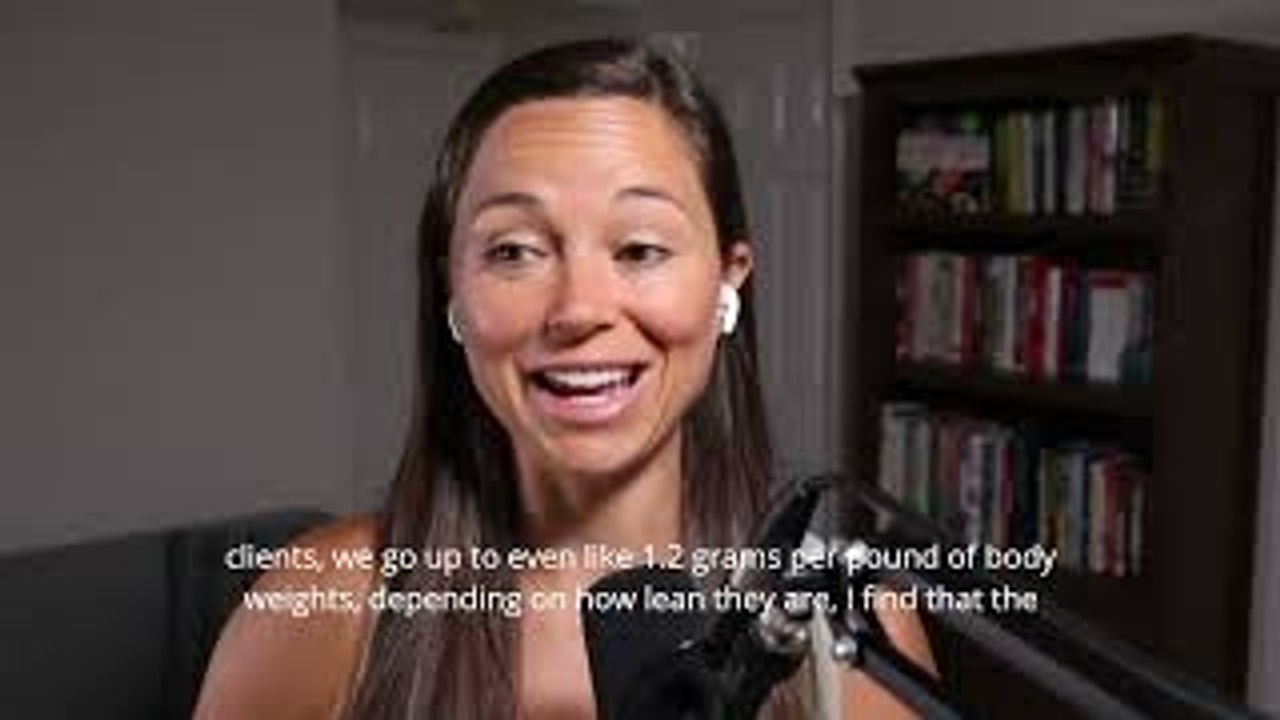 That is exactly the message I'm trying to get across, right, it all really comes back to, you know the individual and where they're at in terms of their stress load, especially when it comes to a woman and training. Because we know that women have a little bit more sensitive hormones compared to men, and some sometimes taking out carbohydrates can actually be be bad at certain points in their life or whatever. And when I say bad, I mean, maybe not optimal, right. And so that's the biggest thing here with this study. It was really just like, you know, going into study, I personally had no idea what to expect. It was just kind of something that I wanted to research, I want to really just see what what happened. And the results of the study, like I said, they were on average. So it's not like every single person dropped a significant amount of body fat, but on average, the participants in the Keto group did.

I also like to preface that the ketogenic diet that those participants were on was not a standard keto diet, right, it wasn't a strict keto diet that is really formulated for those who are suffering from maybe a medical issue, right. So that's very high fat, you know, maybe low, moderate protein, very low carb, they going into the study, I literally just told them, I said, Hey, reduce your carbohydrates to 50 grams are total, less less sorry, less than 50 grams of total carbohydrates, and eat ad libitum, right to eat till you're satisfied, it really didn't tell them to have a particular macronutrient disparate distribution between their carbs and protein, or sorry, their fat and protein. And by the end of the study, we looked at all of their nutrition data, we, you know, had them recording their foods, three times, three days out of every two weeks of the study. And then we put all that information into a big database. And basically, what stood out was that both of the groups actually averaged around the same amount of protein. Right. And they, the Keto group, really had a reduction in calories, right? So kind of a we know that keto, one of the benefits of a ketogenic diet is the appetite suppression. So they, they were told to eat at litem, but they had spontaneous reduction in calories, which allowed them to go into that deficit to lose that body fat. But their protein was equated, so their protein was moderate, moderately, moderate to high. And then the only thing that was difference between different between the two groups was their carbs and their fat.

So those are basically like, you know, opposites, right. And so that's something that I like to make sure that we kind of highlight too is that, you know, if you are an average person looking to implement a ketogenic diet, you know, going with a standard really strict high fat, very low carb, low protein is probably not going to be the best approach. So yeah, the biggest thing there is that a lot of people, and I think a lot of the clients that I work with, too, and I was in this camp too, like, we think that our workouts burn a lot more calories than they typically do, obviously, depends on the person depends on how elite you are, you know, how much you're working out during the day, all of that. But a lot of people are kind of, you know, looking at their Apple Watch and seen a certain quote, unquote, calorie burn, or from their phone or whatever it is, and typically, that's very inaccurate. And when the goal is to lose body fat, like even if you do, you know, burn a certain amount of calories during your workout, we don't want to be like eating those calories back if the goal is to be in a deficit, right. So I think that that's just kind of the one of the biggest misconceptions of workouts and just you know, going in and train is that you are burning a lot less calories than you might think you are for most people from from for your average person. And then the other side of things is really like the the cardio aspect and like using cardio as a tool for fat loss. It can be good in some regards.

And it can be very deceiving in other regards. And it's really figuring out how to find that happy medium there with your quote, unquote, cardio side of things, because especially if we're talking about CrossFit, and we're talking about fat loss as the goal, this goes back to stress, right? It goes back to how, how much are you stressing your body, right? If you're putting yourself into a calorie deficit, that's already stress on your body, right? So that's kind of one knock against you, right? If you're consistently under recovering, right, if you're not letting your body recover from the previous workout, that's another stress, right? If you are like you said, if you're busy, maybe if you're a busy mom, and you're not sleeping, you don't have any stress management techniques in place, like there's all these different stressors and eventually you're just gonna have I call it like the stress bucket, right? We only have one stress kind of bucket, right?

There's nothing like exercise can be a good stress, but too much of it can be obviously a bad stress, right? And so there's not like the stressors from exercise the stressors from the food that you're consuming the stressors from your your work, your job, your kids, whatever it is, they all go to the same place. And if you kind of overshoot that right, if you overflow that bucket, then you're just putting yourself in a position. That is that you're just not going to get the results that you that you Do you want to get and so I think it all comes back to just thinking about the individual thinking about their goals their stress levels where they're at in their journey you know all of that is going to play a role and how they get the results that they're looking for