There is no One-Size-Fits-All Approach to Nutrition 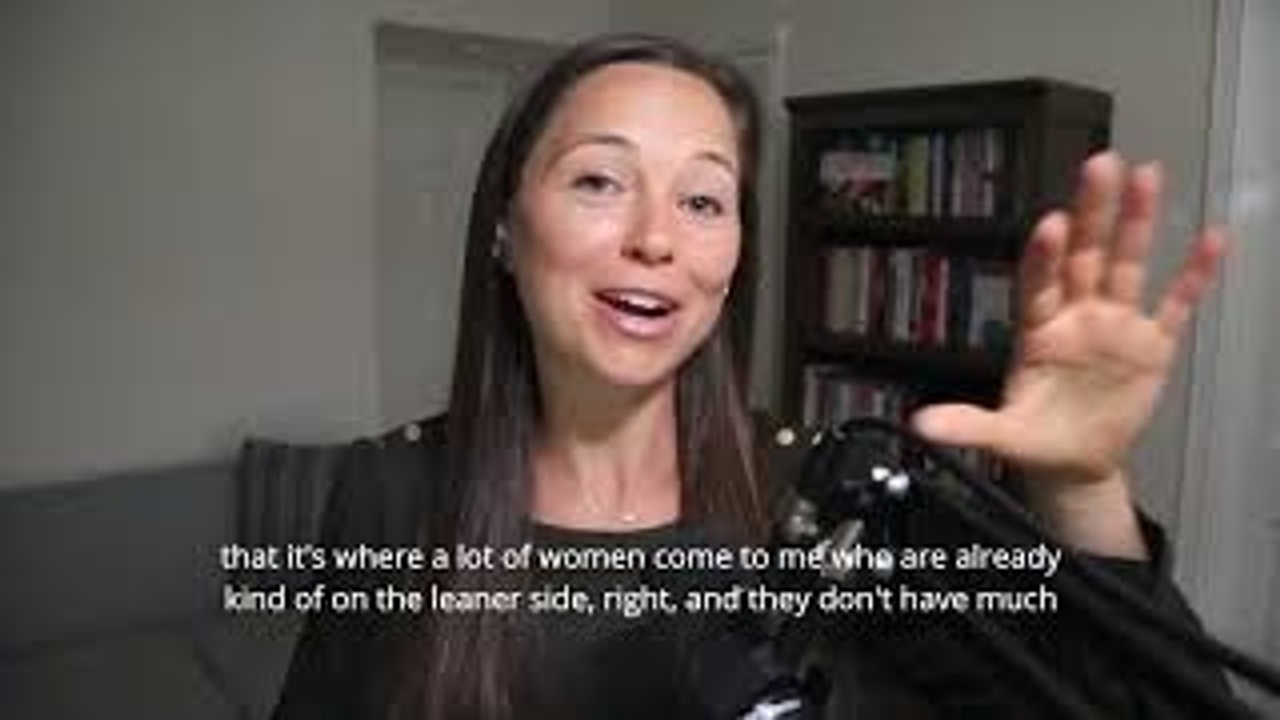 with nutrition, I think one thing to mention first is that, again, it all comes back to what your primary goal is, right? Because we can have different goals. And this is kind of something that is really important to just think about. And also think about where you're coming from to like you personally, so are you someone who is, you know, more sedentary, maybe you're overweight or struggling with insulin resistance, and you're still looking to build some muscle, but you also primarily probably need to be dropping some body fat as your primary goal, then that's kind of one one thing, right?

Like, we can still focus on building muscle, and paralyzing your training appropriately and focusing on progressive overload. And I can go into all of that. But if your primary goal is to lose body fat, because you are metabolically unhealthy, then we need to make sure that we are, you know, getting into a calorie deficit, that we're able to find something that we can sustain something that works with our lifestyle, right.

On the other side of that it's where a lot of women come to me who are already kind of on the leaner side, right, and they don't have much body fat to lose, but they still think they need to lose body fat. And maybe they need to, they want to lose a little bit, which is totally fine. But they're kind of in that wheelhouse where they are very active, maybe they're more like type A personality, which is where I used to be at. And so they're always go go like train six days a week, restrict calories as much as possible to try to lose that quote, unquote, last 10 pounds, or five pounds, or whatever it may be.

So when we're in that camp, it's really more so looking at okay, what have I been doing? Have I been restricting for a long time have I been in a calorie deficit for an extended period of time, and my body's just like, tapped out on its recovery resources, not able to recover, maybe you are in the gym training, and you are doing everything that you're so supposed supposed to be doing with your training, but you're not getting the results, a lot of that can come down to just not being able to recover from the stimulus that you're putting your body under. And that usually tends to be because we're under eating. And we're not fueling appropriate, not eating enough protein, especially if a woman has come from like more of a Keto approach.

And they've taken that more high fat, very low carb, like lower protein, moderate protein, see a lot of that in my practice. So the first thing I would do is just make sure that we are bumping protein up to support, you know what you're trying to do, right, especially when it comes to building muscle, we know protein is super, super important for that. So yeah, with muscle building, in general, like first of all, I would just first figure out where you're coming from right in those kind of those spectrum and like, maybe you're somewhere in the middle. And then really just like what your primary goal is.

So if you are on the leaner side and your primary goal is to build muscle, then you're probably going to want to be consuming enough fuel to support that muscle building, you know, side of things. And then one other thing with that, too, and it's something that we have to realize is that muscle weighs something, right, it doesn't just come out of air and whatever, right. So if you're looking to really, you know, go into a quote unquote, muscle building phase, and put some lean tissue on your body, first of all, you have to be feeling appropriately, but you have to also be okay with seeing the scale number go up.

Because if the skill number is not going up, and obviously like, we want to make sure that we're doing it in a way that is strategic, and we're not going from like, you know, just downing tons and tons of calories because we think that that's what what it takes really doesn't take that much extra calories to to be in a slight surplus. But with that being said, we do want to make sure that we are kind of aware that if the scale isn't going up a little bit, and you're you're already lean and your main goal is to build muscle, then, you know, we might not be doing what we're trying to do here because muscle weighs something.

So that's just one thing that a lot of women especially it's hard for us to grasp. And I it was hard for me to grasp that when I went through my first building phase. So those are just some things that are kind of common, but with protein, I tried to keep it as simple as possible around like one gram per pound of body weight, especially if it's a woman who is on you know, more so the leaner side of the spectrum, if you are on the other side of the spectrum where you're you're closer to like overweight or obese or you're struggling with that.

Bringing protein down maybe around like point eight grams per pound of body weight. That's generally where I go. And then for those who are leaner, even bringing protein up even higher can be beneficial. Just because we know that there's so many benefits to protein, when it comes to just all aspects of life. So not just with muscle building, but you know, feeling satiated, we know the thermic effect of food is higher with protein so even going up like sometimes 1.2 grams per pound. If you're especially if you're leaner, even up to 1.5 grams, that's probably like the top end of it. And for some people they feel better when
They have higher protein, they feel more satisfied. And that goes not just for muscle building, but also into a fat loss phase as well.

So generally, like I would say, between point eight to 1.2 grams per pound of body weights, I know some people go through go for pound of lean body mass, but I've just found that that can be very confusing for people because not everybody knows their lean body mass, and we can test it, but there's, you know, variances there. So just keeping it simple, between point eight to 1.2 grams per pound of body weight is a good range to be in for most people. And then in terms of timing, so this also depends on kind of, again, where you're coming from, like, Are you very experienced with your training and your nutrition? Like are you have you been tracking a lot like, Are you very dialed in with all the other aspects of what's going on in your life. Because if you're not dialed in with those things, then really the the timing of things they matter, but not as much, right?

Because if you're not sleeping, if you're not managing your stress, like the other things are kind of just like drops in the bucket. So but if you do have those things dialed in, then I would say with protein, it is important, in my opinion to get enough feedings throughout the day. If your goal is to primary build muscle, you want to make sure you're putting yourself in that anabolic state. So and this can be a little bit different too, because we can go into the whole fasting thing. And it's really again, it's just so independent of the person and kind of what their primary goal is and also where they're coming from to