How Long Does It Take to Get Into Shape and Out of Shape? 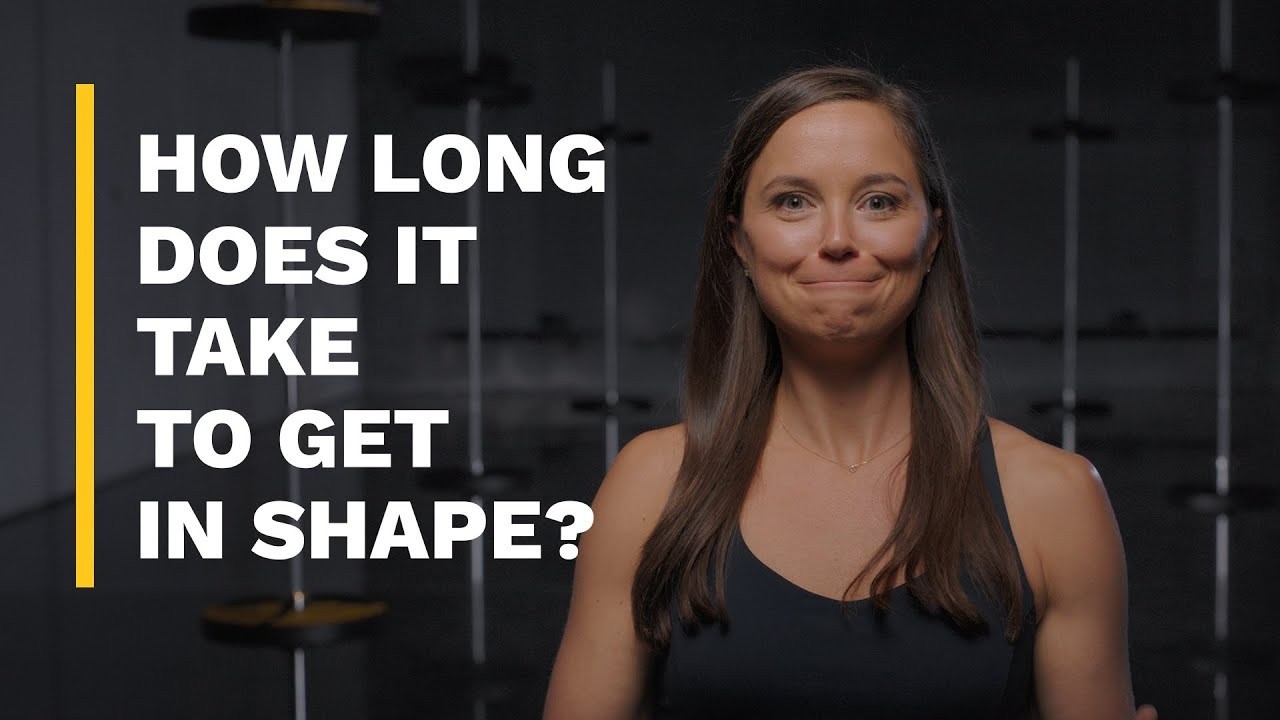 How long does it take to get in shape? That's going to be determined by where you're coming from. Let's break it down?

How Long Does It Take to Get Into Shape?

There's not any exact amount of time that I can say—we can make calculations, but really, it just comes down to where you're starting at. And it also depends on your definition of "in shape." Because that area is going to vary depending on who you ask.

If you hear that you'll lose 20 pounds in 30 days—typically, that's all BS. So I would run the other way. Really, when we're thinking about fat loss or body composition, it's going to take time. And there's a reason for that—the more time it takes, the more that you're going to be able to sustain that over the long term. That's because you're just going to be building up the habits that it takes to maintain that.

Get Into Shape Slow and Steady

You can lose body fat really fast if you really wanted to, but that's going to probably be a recipe for disaster for most people—because it's just going to be miserable. You're going to have low energy and fatigue and you're probably going to give up earlier than if you took it slow and steady.

And then you're also going to be much more likely to kind of rebound after the fact.

Going slow and steady is going to lead to longer-term results, which is what we all want. And then when it comes to muscle growth, a lot of people fear that they're going to lose all their gains if they ever miss a workout. And this was definitely me at some point—I always thought I couldn't I can't miss a workout.

And really, that's not the case.

Reacher's research shows that it takes a long time to actually lose muscle mass. And you can even maintain your muscle mass by just doing less than 50% of what you're doing. If you work out like four times a week, you lift four times a week, and you're planning to go on vacation, and you still want to work out, you could lift just 2 of those days and still maintain all of your muscle.

That's just a random example. Will you build new muscle? Maybe not, but you will be able to maintain that. And we have tons of research that shows that it takes a lot less to maintain what you've already built than it does to build new tissue.

Also, think about people coming back from injuries and things like that—we muscle memory. Your body kind of remembers your muscles—remember what you've done in the past, and you can gain that muscle back pretty quickly.

Getting Out of Shape from COVID

We also know this from an anecdote from coming out of quarantine. People went months without training, and they started training again, and that muscle came back pretty fast. To make sure that you are maintaining as much muscle as possible, the nutrition side of things also has to be on track.

You need to make sure that you're eating enough in general, and that you're eating enough protein to maintain that muscle mass. Don't make the mistake of just stopping training and stopping protein consumption—that's probably going to be a recipe for disaster. If you're going to stop training, make sure that you're staying on top of your nutrition—because that's going to play a role as well, especially staying on top of your protein intake.

If you're not getting enough protein, it's just you're not giving your body enough building blocks to actually build that muscle. And then especially as you age, we actually need more protein. As you get older your body starts to build anabolic resistance where the protein the amino acids you consume actually are not taken up as efficiently as when you're younger. And so that's why people who are older actually to consume more protein to get the same effects as those who might be like 20 years younger.

Want to learn more about how to get into shape (and avoid falling out of shape)? Check out the other content we have here on the blog and on the podcast.