How to Mindfully Eat and Prep for Success with Nutrition 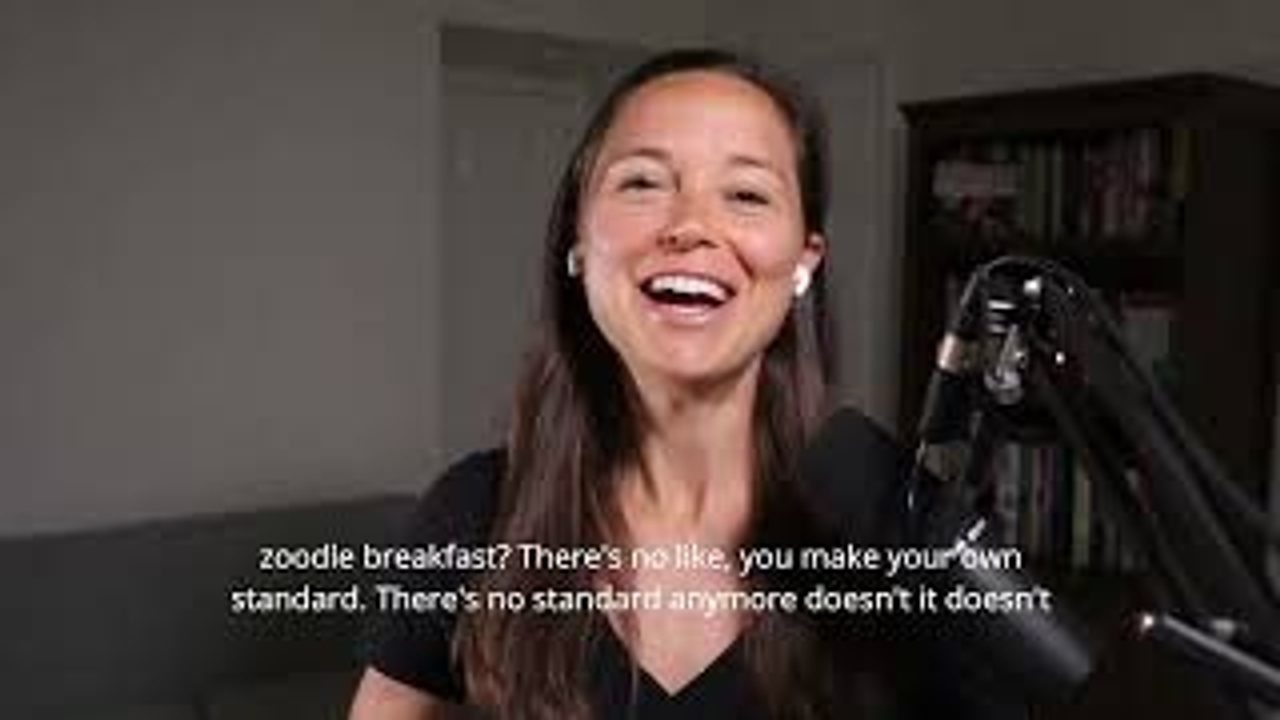 Cheetos are like, Doritos, I don't know why I'm thinking of all those Cheetos Doritos, if you're eating 100% 95% Whole Foods, most of your, like week, that's what your your diet is. And I think it's a lot easier to intuitively intuitively eat, versus if you have chocolate cake sitting on your counter every single night. Like, I'm gonna eat that chocolate cake sitting on my counter.

Sometimes, like, there's probably some people listening this podcast who are like, well, I like I live with a bunch of people in my house and like, there's food, you know, there. And so what do I do in that situation? So, that is where I think, you know, really kind of diving deep into, you know, maybe if you've never talked before, maybe you do start to pay attention more to that. Or maybe you start to have the conversation with people you live with who are like, right, you know, at least out like put it out of sight out of mind. So like, I don't know where it is, or it's not staring me in the face or whatever. That's something that everybody has those different situations. And those are things that you have to realistically realistically work through and really have that conversation, whether it's with your significant other, or if you're, you know, buying certain foods for your kids, and you're like, Oh, well, like my kids can have it because they're young, and they're running around and stuff like that. But like, when it's in the house, and or when I'm preparing it for them, like I take that that lick nibble and bite, and then those add up over the course of the day.

And then when they're asleep at night, and it's 11 o'clock, and I'm having those nighttime cravings, I go to the cabinet and have you know, some of the kids, whatever, chips and whatever that is a conversation and something that you have to really start to be aware of, and like, okay, maybe you stopped buying those foods for your kids. And you swap things out and realize that like those hyper palatable foods, even other kids and they're running around, and you know, that's why maybe it's something that's a treat, or a once in a while thing, maybe it's not something that's in your environment every single day, right. The other thing is, you were talking about kind of what I like to call the scarcity mindset, this is something that I struggled with for a while, like years ago when I would, you know, be super on point.

And then I would go to an event and there'd be like a buffet or I'd go to like a friend's house for dinner, and there'd be a bunch of desserts and things like that. And I'd have that scarcity mindset. I was like, Oh man, like, I never have this, like, I'm gonna eat all the cookies, I'm gonna eat all this and all that I'm gonna get like five plays at the buffet. Because I have that that mindset like this is the only time it's gonna be here. And so that for me, the thing that got me past that, and I will say like, sometimes I definitely revert and like there's, you know, during the holidays, you know, all that jazz, but the awareness piece of that and the mindset and really, really working on the mindset side of things and like doing meditation and shit that like I would never have done in the past. That helped me to become so much more aware of that. And then thinking through that, like, Okay, I'm going to go to this buffet, this food is here, I can literally go and buy this any day of the week that I wanted to at the grocery store. Like I can go buy a box of cookies whenever I want. I don't need to eat the whole box or plate of cookies at this buffet.

And so having switching that scarcity mindset to like the abundance mindset and like okay, I can have this whenever I want. Then it's like it flipped that switch for me, it was like, I'm not gonna go eat this thing of cookies because I know I'm going to feel like shit afterwards for both a physical and a mental standpoint. So that is where putting the work in for the mindset and the the personal. Like the I was gonna say personal development but like the mindset side of things and the awareness side of things that might be the place where you need to start working on versus focusing on macros, like start focusing on where your mind is at, start from us on your awareness, because then that's going to build the good habits and build, build, you know that are taking away from that scarcity mindset.