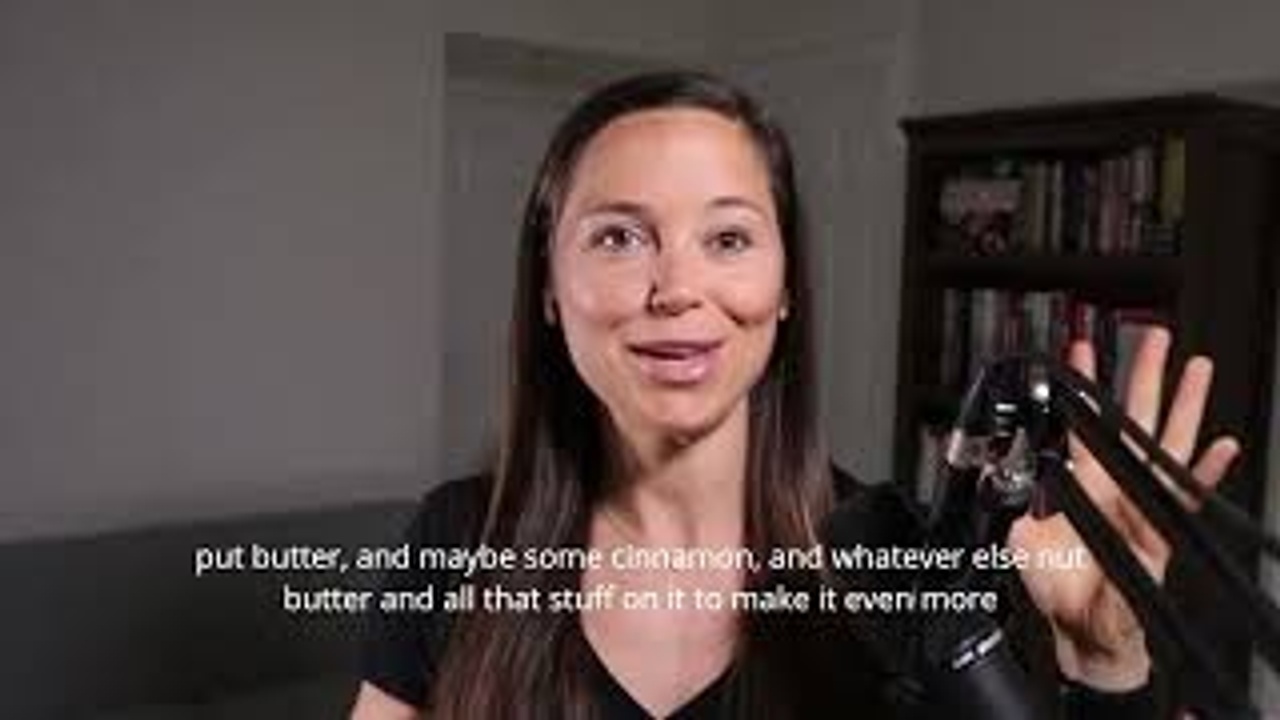 I think that if you are choosing whole foods, how to face at some point, grown from here at some point, those are two categories, right? Just think about all the foods you're eating whatever face at some point, what grew from the Earth at some point, right? If those are the majority of your foods, like 90 plus percent, 95 plus percent, even 100%, maybe, then I feel like it is 200 times easier to quote unquote, eat intuitively, versus if your foods are packaged foods, processed foods, all that jazz, which is a lot of the standard American diet, if you want to call it. And so I think that's where people tend to get in a lot of trouble. But then also realizing too, that like, it's not just about the like, at least in my opinion, is not just about the food itself. It's also about the site Khaleeji, behind how you react to certain foods and how also like your personality too.

So like, I think that's something that people have to realize, like where they're at on that spectrum of, you know, how much first of all control they have over even if it's the amount of even if it's they're eating 100% Whole Foods, like, can you actually, you know, eat, I don't know, sweet potatoes, and like, stop at a certain point, or like, when you add things to the sweet potatoes that make it more palatable. So if you're eating just a plain boiled sweet potato, right, versus eating a baked sweet potato that you put butter, and maybe some cinnamon, and whatever else nut butter and all that stuff on it to make it even more palatable. So your brain is literally like, wow, this is so good. I just want to eat more and more and more of it, obviously to certain point. Versus if you're just eating a plain sweet potato with nothing on it, maybe a little bit of salt, that's going to be a different reaction in your brain to write in the way that you react to how satisfying that is or how delicious that is.

So like for me, if I'm just eating a plain sweet potato, like I'll probably stop at a certain point. But like, right, I've had enough of this. It's also a one, it's a one macronutrient majority of a sweet potato is carbohydrates, right? And it's a fiber versus when you take that potato and you add a lot of fat to it fats and carbs together, which increase that.
That reward center, dependability, reward center, your brains tells you hey, let me eat more of this because it was really good. So that is I think, at least in my eyes, like a little bit of an issue when it comes to intuitive eating because I would much rather track. Okay, this is how much sleep to I'm going to eat with this much nut butter and this much or butter and cinnamon and really enjoy that. But no, like, okay, I can only have this amount or else I'm gonna go way overboard, right? Versus having a plain sweet potato where I'm like, All right, like this is pretty good. But like, it's not that great.

You know what I mean? Yeah, because I know I'll stop at some point because it will be less attractive to my brain. And my palate is that makes sense. So for me personally, because I feel like I have so much education and awareness around the like how much food I'm eating and my like I've gone through a period of time, a long period of time of tracking, and being aware of like, okay, this is how much four ounces of chicken looks like this is how much you know, 100 grams of soup tail looks like because I've weighed and measured it for years, I actually wouldn't be that concerned, I'd be like, alright, like, I've been doing this for a while, like I have that muscle memory to know, like, if I can't track if I don't have this app, I don't have these numbers.

I kind of know in my head right here, right? This is how much this looks like and if so, so I could because I have the knowledge and the awareness and education because I've been doing it for so long. I feel like I would be okay versus someone who doesn't really no portion sizes doesn't really know like, how much protein is in this food or in this amount of food or how much carbs or fats or whatever it is. I think that is where tracking and that's why I personally think that tracking is such a great tool for anybody, even if they only do it for a certain period of time and then they like stop doing it and then they go to maybe Intuitive Eating