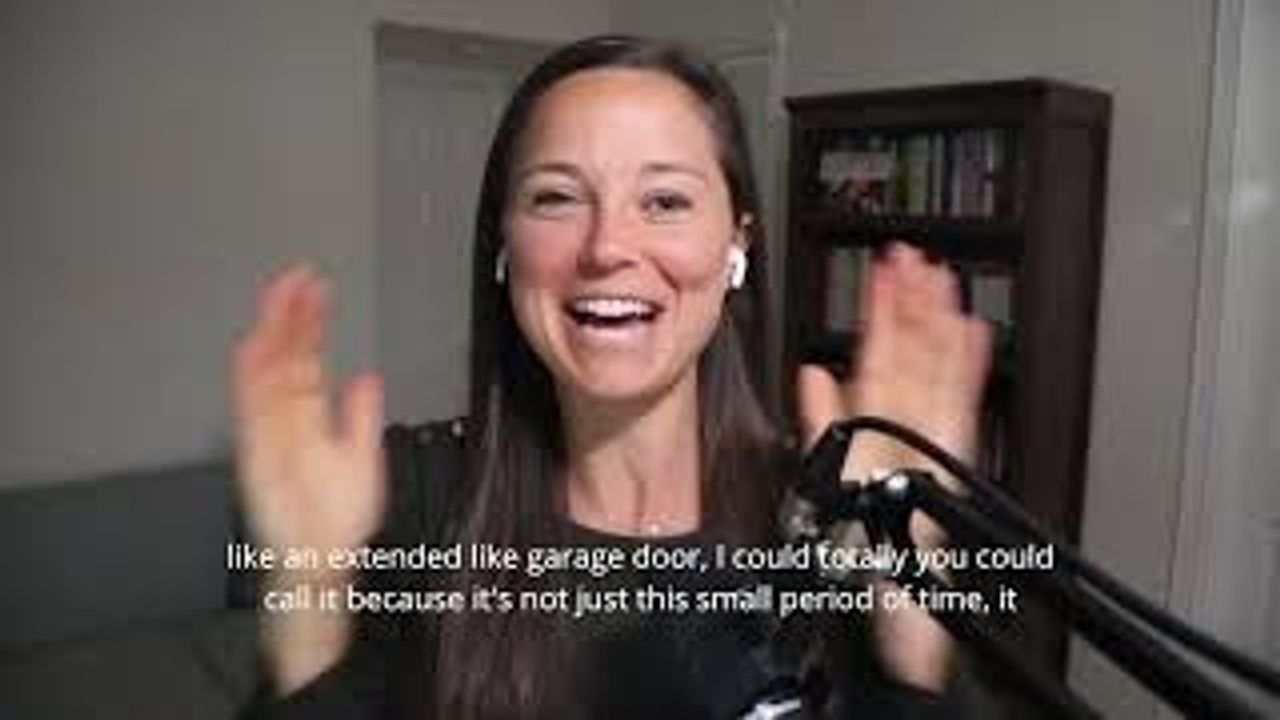 This really just depends on you know, the individual and where they're coming from. So, you know, depends on like, I like to what side of the spectrum they're on, and like how they're kind of like which one they're closer to. So if they if I have a client who is coming, you know, from just consuming higher carbs their whole life, they never really played around with, you know, ketogenic diet, or they never really played around with fasting before that, and they're having, you know, issues with, you know, if they're trying to change their body composition, or lose body fat, or whatever it may be.

And they haven't been successful at that with what they're doing, then they're like, Okay, so what you're what you've been doing hasn't been working to, let's maybe, you know, try something else, and maybe tried keto approach or a lower carb approach, maybe implemented some intermittent fasting to help them become a little bit more or help teach their body to rely on fat for fuel a little bit more, I think there is a period of time where going into like more of a strict lower carb diet can be beneficial, and testing that out for a little while and being strict for a period of time. But then also realizing that like, you don't have to stay there forever. So I think there is definitely you know, an advantage to implementing a ketogenic diet for for a good amount of time to become adapted to really teach your body how to how to use not only produce ketones, but use them as a fuel source.

And I think that is also going to be dependent on the person, how you know, how much body fat they have, how you know, what their activity level is, like, what their stress levels are, like, all of those things are going to play into it. I am definitely in like the moderate to higher protein approach, I've actually always been there even, you know, back in, when I first started to get into keto, and even within the study that I performed, the basis of this study was, hey, get your carbs under a total of 50 grams per day, don't eat ad libitum, meaning just focus on the carbs and let protein and fat kind of fall where they may, I didn't, you know, I knew from the beginning, just the research that I did that a high high fat keto diet was really, you know, more sore. So for people who are, you know, looking to treat some type of medical issue, or they need to have ketones super, super high. But for your average person who's, you know, looking to just maybe get the benefits, the overall benefits of ketosis and maybe lose some body fat, maybe, you know, the mental clarity side of things, you know, appetite control, I've seen just in my practice, and from a lot of the research that I've dove into that protein is you know, is not is something that can be a little bit higher, and you don't need to have necessarily super high fat approach.

And I think that that actually is a little bit of a kind of putting you in a place that's not going to make you successful for long term if you're going super high fat, super low carb and low protein. Because we know protein is just, there's just so many benefits to protein that that can't be overlooked. So I think that it really just all comes down to the primary goal. And in the individual again, I know I keep saying that comes down to individual, but I've worked with a lot of people and I found that some things like that work for some people are just for example, some people feel amazing fasted training, right, and that they eat something or they try to you know, go the other route, and they just don't feel great. And then I have other people who think that they feel great fast training fasted, and then they start to incorporate maybe a little bit of protein and even carbs before their workout.

And they're like, oh, wow, I feel a lot better. And they can push harder during their workout, right? So that is something that it really just comes down to testing and assessing. But I find kind of in general, if we want to put like a general kind of numbers behind things. And for what I try to do is, for me, when I'm working out, I work out kind of mid day. So like 11 o'clock. Yeah, so I try to, especially with my goals right now, which are to continue to build muscle and optimize my body composition, I find going into my training with some fuel is definitely helps me to push myself a little bit more.

And when we're talking about like specific macronutrient distribution throughout the day, I tried to get about 50% of my carbs around my workout. So if we're looking at kind of the whole day, and this will depend on the person, obviously like how many carbs they're consuming or not so but in general, a good kind of rule of thumb is like, right, let's place 50% of your carbohydrate intake around your workout. And that is going to help for pre workout to facilitate a little bit more energy, give you a little bit more energy for the workout, and then post workout facilitate that recovery side of things. If you are going into your training fasted, I think that it is more important to think about what you're consuming afterwards in terms of protein specifically, if you are consuming carbs, you know, if you are more in the like, not in like a super low carb diet, then you're kind of creating, you're getting carbs in after that to help with that recovery. So get you out of that. So pathetic state when you're in training, because we know training is a stress on the body, right? It's a good stress, but you want to get into that recovery state afterwards is kind of as fast as possible.

So consuming one protein, obviously to kind of start that muscle protein synthesis response and and get that going, get some carbs in if that's what works for you to help kind of mitigate that cortisol response and bring you more into that rest and digest mode. And then I tried to kind of space my the majority of my fat intake a little bit further away from my workout. And that just, if you think about it practically just kind of makes sense. Like, you know, not zero fat around my workouts, but if more of my carbs are going to be around my workouts and more of my fat is going to be kind of on the other end of it. But you you don't want to have zero fat around your workout, especially pre workout because that might actually have a little bit of issue. Some people think, Oh, I shouldn't have any fat before my workout because it's going to, you know, you know, slow me down or anything like that. There are some you know, flat fat does slow digestion, but if you have zero fat, you could have an adverse response in terms of blood sugar spikes and dips during your workout, which we obviously don't want that. So yeah, that's kind of how I would I would structure nutrition, but that's a very generalized approach, obviously.