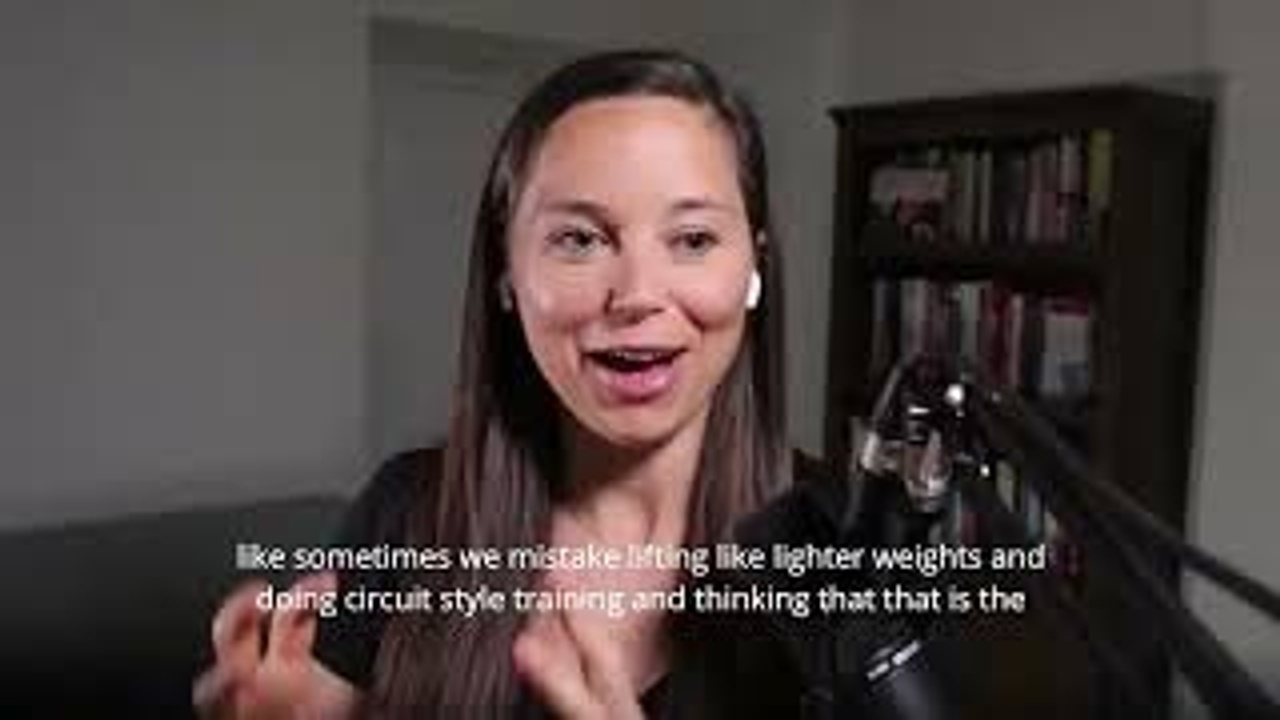 muscle mass is super, super important. I think this is something that, you know, it's been, you know, more normal these days versus like 30 years ago. For women especially, it's like lifting weights is so beneficial for so many different aspects of health and longevity, especially and having a muscle mass like muscle is the most metabolic tissue. So if you have a good amount of muscle mass on your body, you'll be able to basically maintain, maintain your weight and eat more really, because muscle is very metabolically taxing to your body. So you need energy to maintain that muscle mass. It's also going to create that look that everybody wants, right that tones look, toning and looking tone and having, you know, a nice butt or whatever you want that that comes from having muscle, it doesn't come from, you know, spending hours on the treadmill, right? If you want to have that toned look, it's not just about putting yourself into a restrictive calorie deficit forever, like, that's not going to build the glutes in the butt that everybody wants, that's not going to build the nice arms, the toned arms, you have to lift weights, you have to build muscle, so that when you do reduce the body fat underneath that is the muscle is the toned look that you're looking for.

So that's obviously from a body composition standpoint. But for longevity, for overall, just health, we have to, you know what the one of the most common one of those common causes of deaths is falling. And when you're older, right, because you fall you break a bone, and then that kind of deteriorates your quality of life, if you had more muscle mass, if you're able to squat down and get off the toilet, which is a literal squat, if you had muscles and your legs do that, you're probably going to have a lot less, and there's studies that show this a lot less, you're gonna be a lot less likely to fall. And also if you do fall to recover faster from that. So there's so many benefits to muscle. I mean, those are just a few. I think that and this is a mistake that I made for years, just thinking that we have to do so much, we have to work out six days a week to get results. It's not the case. And usually that's actually doing you more disservice is to put your body under stress like that six days a week or seven days a week.

Honestly, the best results that I get, and that I see my clients get is lifting three times a week, four times a week, maybe even just two times a week, like doing a full body session two times a week, or really, the first thing I would say is finding something that you can do that you enjoy that hat that includes weights. The other thing is realizing that like sometimes we mistake lifting like lighter weights and doing circuit style training and thinking that that is the best option. When mostly that's just kind of cardio actually, especially if the weights are lighter and you're, you know, chasing that sweat. So I think a lot of the mistakes that I've made in the past and that a lot of my clients have made the past is like feeling like we have to do so much and like feeling like in your session that you should be sweating. And you should be huffing and puffing, really building muscle like you might not even like sometimes I go into the gym and I'm training I'm lifting weights and like sometimes I don't even break a sweat.

But it's that's not because the goal is to train your muscles. The goal is to adapt to that stimulus data is like such a big mistake that a lot of especially females think that they need to be sweating or like I used to do CrossFit a lot. And CrossFit was fun. I love the atmosphere. But I would say like my best results from a body composition standpoint from a health standpoint came from doing more strength based sessions, more hypertrophy based sessions, where it wasn't dead on the floor sweating afterwards, your goal is to build as much muscle as possible. That might not be happening like as long as you're working hard. As long as you're you have enough intensity, you're lifting heavy enough weights to get close to muscular failure. That is what's going to move the mark in terms of those adaptations that are going to occur over time.