The Difference Between Building Strength and Muscle Mass 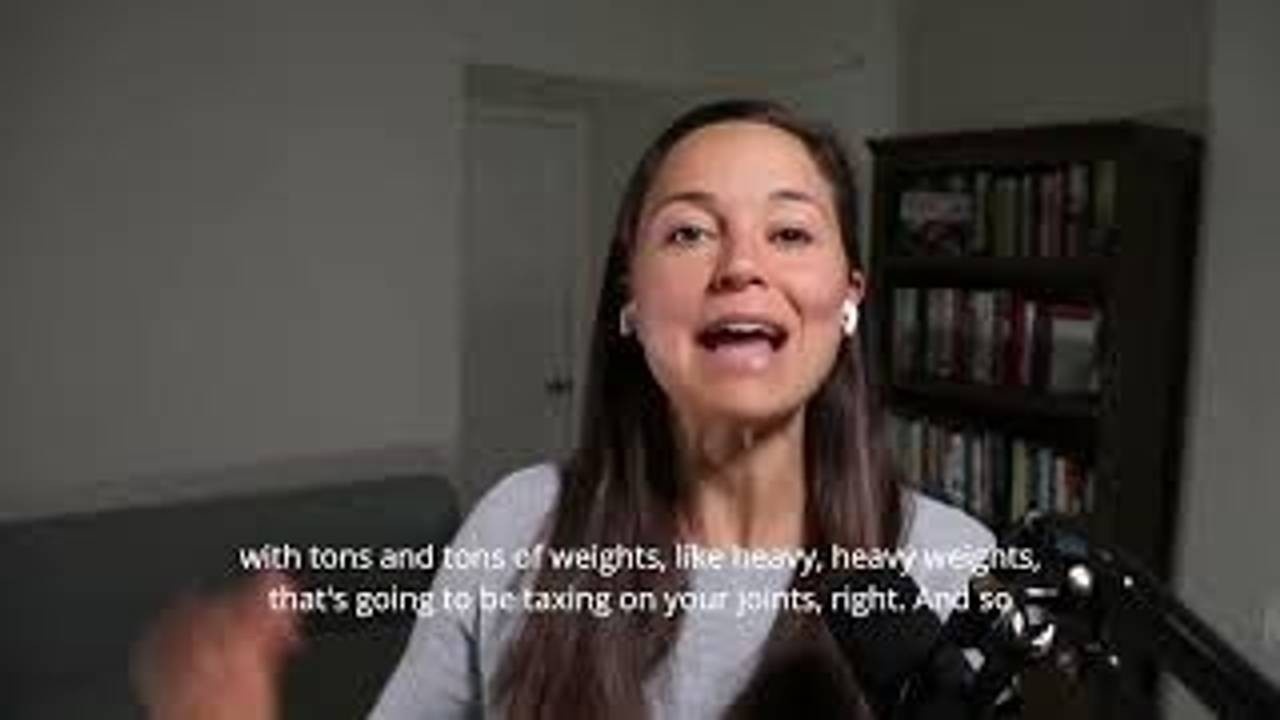 We do want to still be efficient in the exercise selection that we're picking for building muscle. Because in that way, and I guess you can define efficient in different ways, just the way that I think about is like, you want to be picking movements that you can, you know, progress in, right and you can use you can have good technique, right, you can build within that technique, and still be able to have stability within that to and be working the muscles that you are trying to grow versus, you know, doing a ton like doing, you know, a deadlift with you're working a ton of different muscles at the same time.

But that might not be the best approach. If your goal is to build your glutes, right, you might want to do an RDL instead, like a Romanian deadlift. So you can have that tension throughout the muscle, right strength I like to think about or strength training, right is moving an object or moving that object from point A to point B as fast or efficient as but not necessarily as fast but as efficient as possible, right, versus training for hypertrophy, you're looking to get as much tension throughout that muscle, so that you can, you know, build new muscle fibers, right, you can recruit more muscle fibers build more tissue literally within your body. So that's something to think about too. And then like with hypertrophy training, it's important that you do get close to failure on your lifts.

Because that's, we know that that mechanical tension is the number one way to build, you know, if you are a bodybuilder, for example, and you are looking to just like you don't care about getting stronger, and you just want to build as much muscle as possible. That doesn't mean that you don't necessarily train in the lower rep ranges or go through phases where you do have more strength or neurological training, because when you do that, you basically get your body to be more efficient in your muscle fibers to be more efficient at recruiting those, those muscle fibers so that when you go back to that hypertrophy style training, you can actually lift more because you've trained your nervous system to say, hey, like I'm used to this heavier weight. So there is an ST the opposite goes for strength athletes to like even power lifters or Olympic weightlifters like they still need to like you were just saying they still need to work in higher rep ranges for certain periods of time.

But that doesn't mean that most of their trains there, but they should go through periods of that because, you know, building muscle as well. And having a bigger muscle is always going to, you know, having a bigger muscle will lead to getting stronger has a bigger muscle has the potential to get stronger, right. So that is something that, you know, strength training athletes, if even if they're powerlifters, or whatever, they still train in those high rep ranges at certain period of time. But it's all about specificity and what your main goal is, one other thing I do want to mention with strength training, especially if you are just kind of someone who is looking to optimize your body composition, you do want to get stronger, but that's not your main goal.

You do want to, you know, build muscle, I would say that, and this is kind of where I'm at, like, I don't necessarily care about like, I did go through a period of time where I cared about like, upping my deadlift, right, like how much could I lift on my deadlift. And now I'm at a point where I'm like, oh, like, you know, I don't really care anymore at this point in time, but maybe they'll change down the line. But it's also important to realize too, like, as you get older, if you are training and doing a lot of strength training in those lower rep ranges with tons and tons of weights, like heavy, heavy weights, that's going to be taxing on your joints, right.

And so that's what we want to consider too is like, like you were saying, You shouldn't always be lifting super, super heavy weights, because that has attacks on not only on your nervous system if you overdo it, but on your joints, your ligaments, all of that. And so that could be hindering, you know, longevity, even though muscle building and strength training is really important for longevity. It's one of those things where it's like, like anything, too much of a good thing can be a bad thing, right? So just keeping that in mind as well.