Transitioning from Keto to Metabolic Flexibility 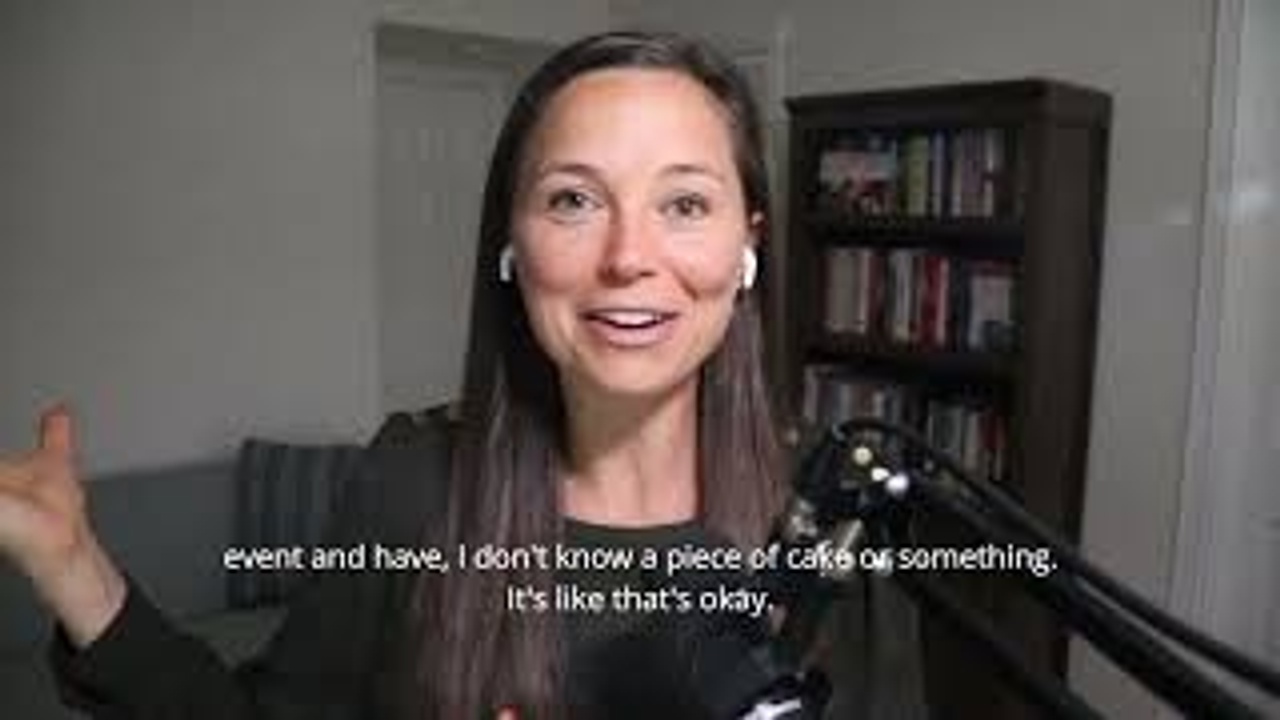 So there's a few different routes you can take, I think the biggest one is first just the education side of it and educating people on okay, if you've been keto for a long time, your body is not used to carbohydrates, right? You've kind of put that carbohydrate metabolism machinery on hold, because your body is just hasn't needed it, right. So it's adapted to not producing the enzymes that it needs to really optimize that metabolism of carbs and use them in your muscles and things like that. And it's the opposite side, too, right? If you've never run on fat or ketones, your body is not primed for that, because it's never well, actually, fun fact is everybody is born with in a ketogenic state, right, because as a baby, you're, you're having your mom's breast milk or whatever, or even formula is high fat, right? So you are really in that in that state. But then most people transition off of that right for a while.

So anyway, just those are kind of some things to think about. But like I said, first part is education, and also realizing that carbs, right, so carbs have, they come with water, right? So when you consume carbs, you are probably especially if you've haven't consumed in a while, you're probably going to see the scale go up the next day, for example, because carbs hold on to water. So I think it's like three to four grams per three to four grams of water per gram of carb. So that in itself is just like, Okay, if if you know that like going into it, you're like, Okay, I'm consuming carbs. So I know my body is gonna hold on to some more water, that's normal, that's a normal part of it. So that's just one piece of it, when people are kind of scared of like, oh, I woke up and gained four pounds, or whatever it may be. Yeah, so it's just water, right? You didn't gain four pounds of fat overnight, that'd be very, very hard. Very pretty much impossible.

So when we're introducing carbs first is like the psychological side of it, and just being educated on that, so you know what to expect. The second thing I would say, like in terms of when you're going to introduce the carbs, I definitely like to start if you are someone who's working out pre or post workout and use it, because we know that around your workout is when you're going to utilize those carbs, to the best degree, right, because our muscles are especially post workout, very insulin sensitive, so it kind of soak up those carbs. However, if you are chronically keto, for a while, it's going to take some time for your body to start to produce those enzymes, again, to the to the best degree to be able to utilize those carbohydrates. So some of it does just take time, right, so taking like maybe a week or two weeks to kind of bring that machine turn that machinery back on, right.

And so that's an I would say, that's probably another side of the education piece of it. But around your workouts would be where I would start, because that's probably going to be most advantageous pre workout giving you a little boost of energy post workout, helping to we know that cortisol and insulin have are opposing. So if you can spike insulin with carbs, that can actually bring cortisol down. And that's something that we would want to post workout to get you into that rest and digest and recovery state. That's just one piece of it. So that's where I would start there. If you're someone who doesn't work out, and you, you know, are just looking to reincorporate carbs sometimes, at nighttime so that you are kind of throughout the day, you're still more in that low carb state. And then at night, when you're trying to wind down it can be advantageous to have a bolus of carbs, because that can help with producing some some of those neurotransmitters, some of those hormones, serotonin kind of calm you down. Those are probably the two places that I would start so pre and post workout and or nighttime, when we're talking about carbs, just when we're starting to reintroduce them, I probably and I definitely would recommend having them with some some protein or fats to kind of slow that response. Because we don't want to just go from no carbs to just like eating a ton of carbs, without any other fats or proteins, because that's just gonna cause blood sugar to go crazy.

So you definitely want to consume them, we kind of say like, no naked carbs, just not having carbs on their own. It's not that it's like, quote unquote, bad, but it's probably more advantageous to help with that blood sugar response. And to kind of keep it from going too high. And then also, we know that when it goes too high, that's when it can crash and come too low. So it's really just kind of managing that balance.

So with carbs like you know just introducing, obviously veggies are going to already probably be in there. So the non starchy veggies so bringing some starchy veggies in so things like maybe some winter squash to start off with potatoes like sweet potatoes, potatoes, fruit, those are kind of the general starting points. And then like if you are to a point where you do want to start to, you know, get back into enjoying some treats once in a while, like having maybe some more processed carbs and that's what you want to do for your lifestyle and you want to go, you know, to an event and have, I don't know a piece of cake or something. It's like that's okay.